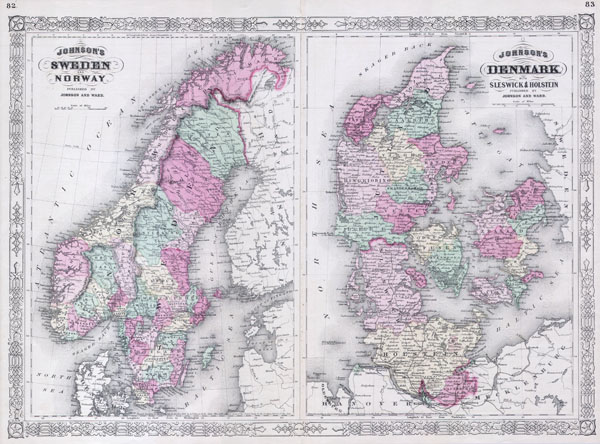 This is a magnificent 1865 hand colored map Scandinavia is divided into two parts. The left map represents Norway and Sweden. The right map depicts Denmark as well as the provinces of Sleswick & Holstein. Depicts the area in considerable detail including both political and physical geographic features. Map is dated and copyrighted, 'Entered according to Act of Congress in the Year of 1865 by A. J. Johnson in the Clerk's Office of the District Court of the United States for the Southern District of New York.'

Fine or perfect condition. Text on verso.
Looking for a high-resolution scan of this?