1845 Chambers Map of Sweden and Norway 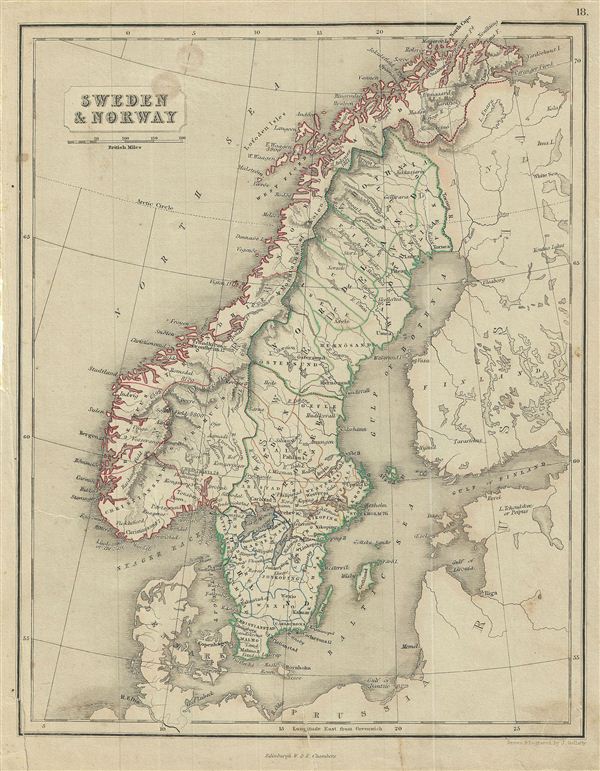 1845 Chambers Map of Sweden and Norway

This is a fine example of the 1845 Chambers map of Sweden and Norway. It covers from the Arctic Sea south to Denmark and east as far as the Gulf of Finland. Includes the modern day nations of Sweden and Norway. The legendary and semi-mythical whirlpool known as the Maelstrom (Malstrom) in northwestern Norway is noted. This legendary whirlpool was the inspiration for edgar Allen Poe's classic tale 'Descent into the Maelstrom.' In reality, it is a periodic and powerful current caused by tidal variations in the region. At this time in history, Scandinavia was in the midst of a prolonged period of peace and prosperity that led to a cultural and population boom. Divided and color coded according to regions and territories, the map identifies various cities, towns, islands, and an assortment of additional topographical details. This map was drawn and engraved by J. Gellatly.

Very good. Moderate age toning. Blank on verso. Verso repair at two places on bottom margin.
Looking for a high-resolution scan of this?