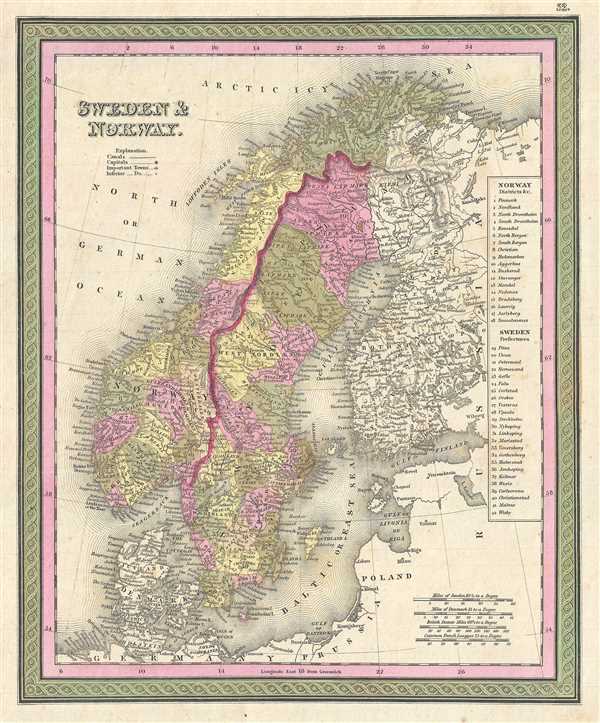 Sweden and Norway with districts and prefectures.
$150.00

This is a beautiful 1849 map of Sweden and Norway by Samuel Augustus Mitchell. This beautiful map is centered featuring the Baltic with Sweden and Norway to the west and Finland to the east. An inset table along the right border lists the Districts of Norway and the Prefectures of Sweden. In addition to towns, cities, rivers, and provinces, Mitchell also identifies an assortment of additional geographical and topographical details. Notes the legendary and semi-mythical whirlpool known as the Maelstrom (Mahl Strom) in northwestern Norway.