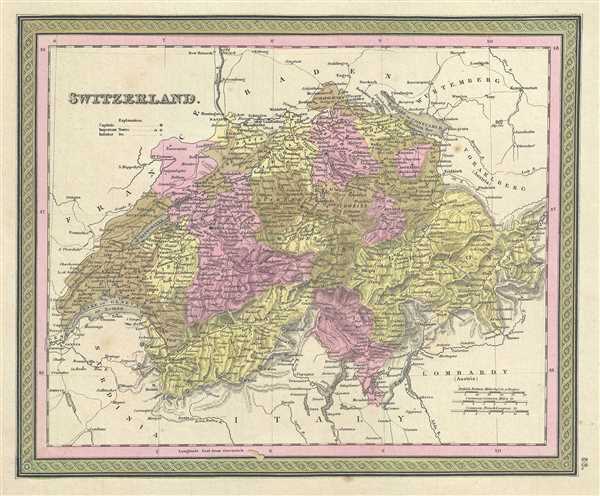 This is a beautiful 1849 map of Switzerland by Samuel Augustus Mitchell. Depicts the entire country color coded according to individual regions. Political and topographical features are noted and color coded with elevation rendered by hachure.