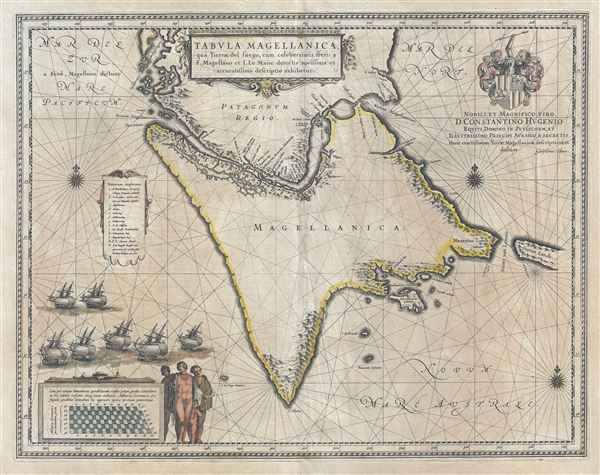 The Strait of Magellan was discovered in 1520 by the Portuguese sailor Ferdinand Magellan, the first explorer to circumnavigate the globe. This natural channel linking the Atlantic and Pacific Oceans though a challenging route to navigate -given the unpredictable winds and currents-, is the fastest connection between the two oceans. To the east of Terra del Fuego, Blaeu notes Staten Island.

This map is highly decorative and includes illustrations of a fleet of ships, three compass roses, and rhumb lines throughout. A decorative cartouche in the top right quadrant includes the coat of arms and a dedication to Constantine Hugenio. Issued by Willem Blaeu in c.1635, this is one of the most beautiful maps of the region.