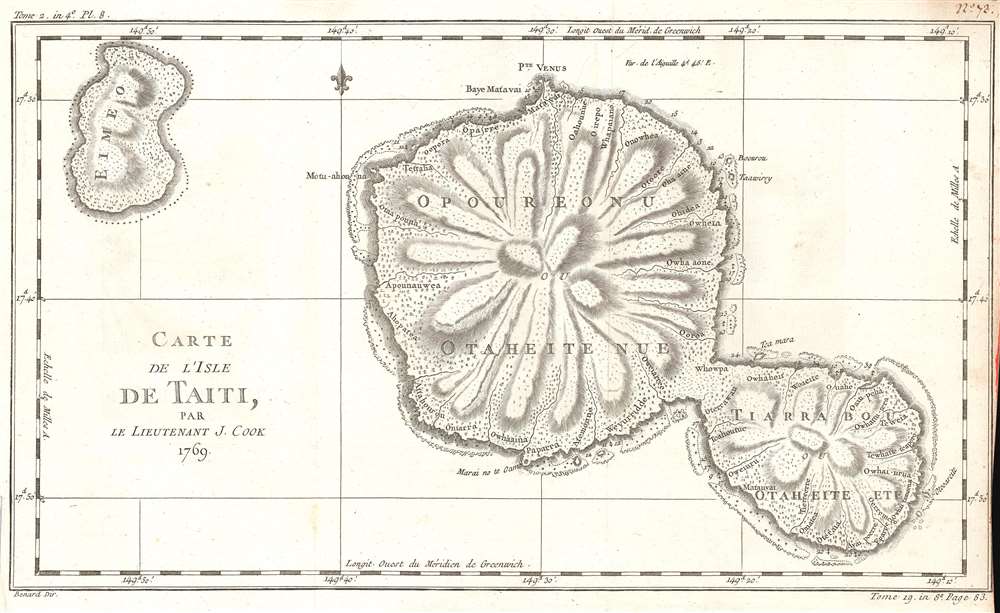 A beautifully engraved map of Tahiti created from Captain Cook's surveys during his first voyage to the island.
$200.00

This is a 1769 Jacques-Nicolas Bellin map of Tahiti in French Polynesia. The map depicts both Tahiti and Mo'orea. Created by Bellin from James Cook's charts of the island from his first voyage, numerous locations are identified. Depth soundings are noted around the island's coastline, and small trees and topography are also illustrated throughout.