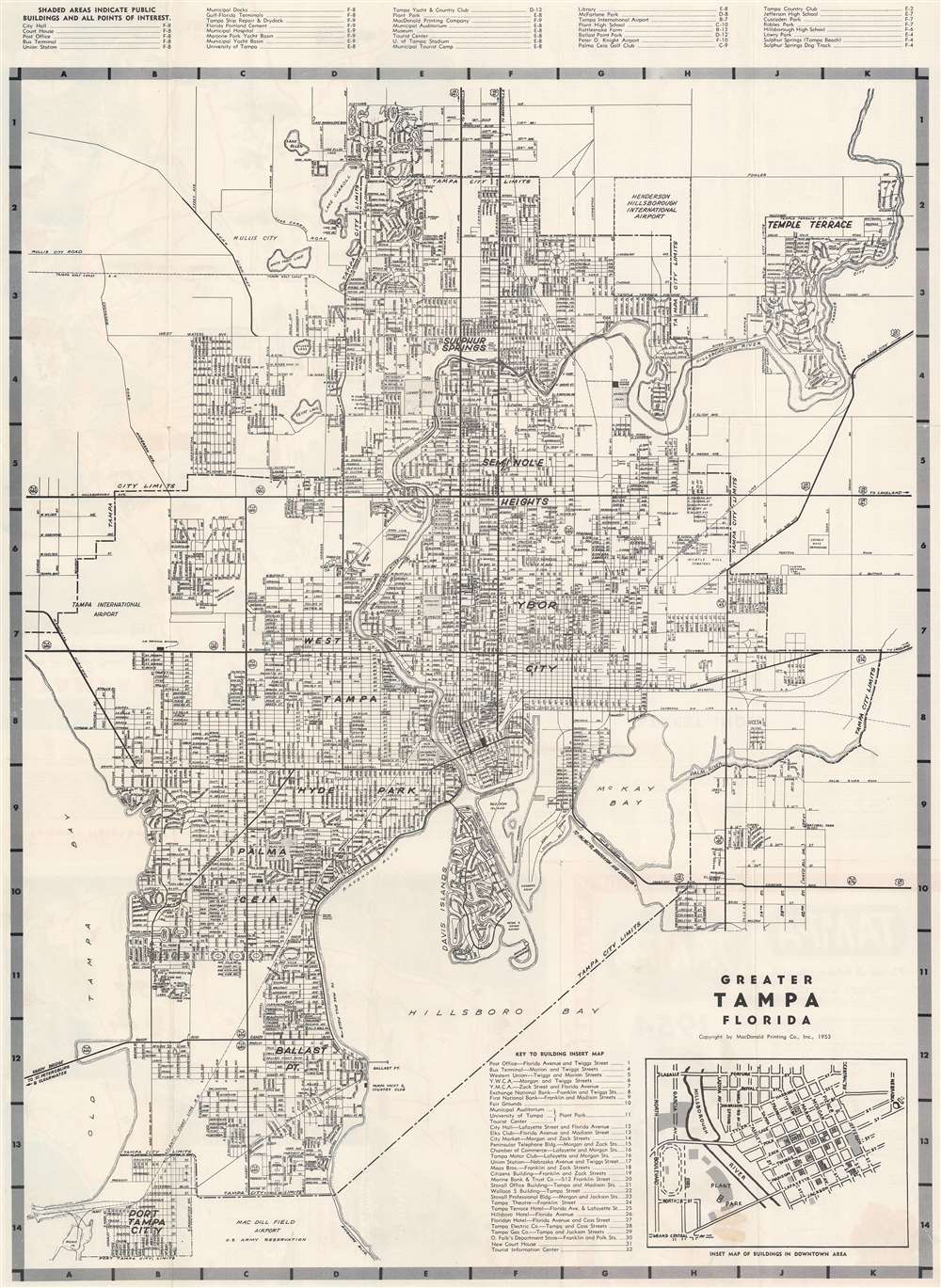 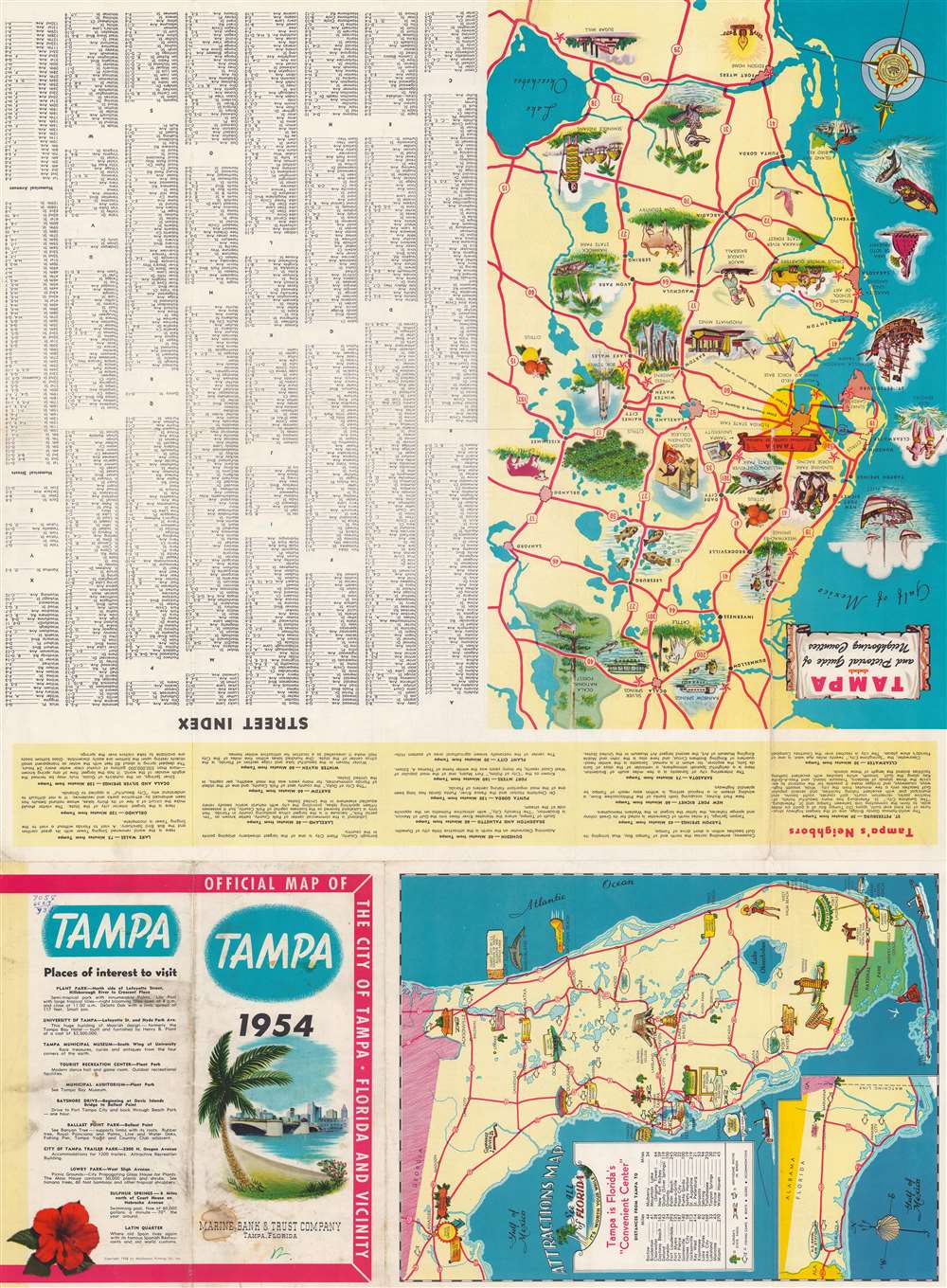 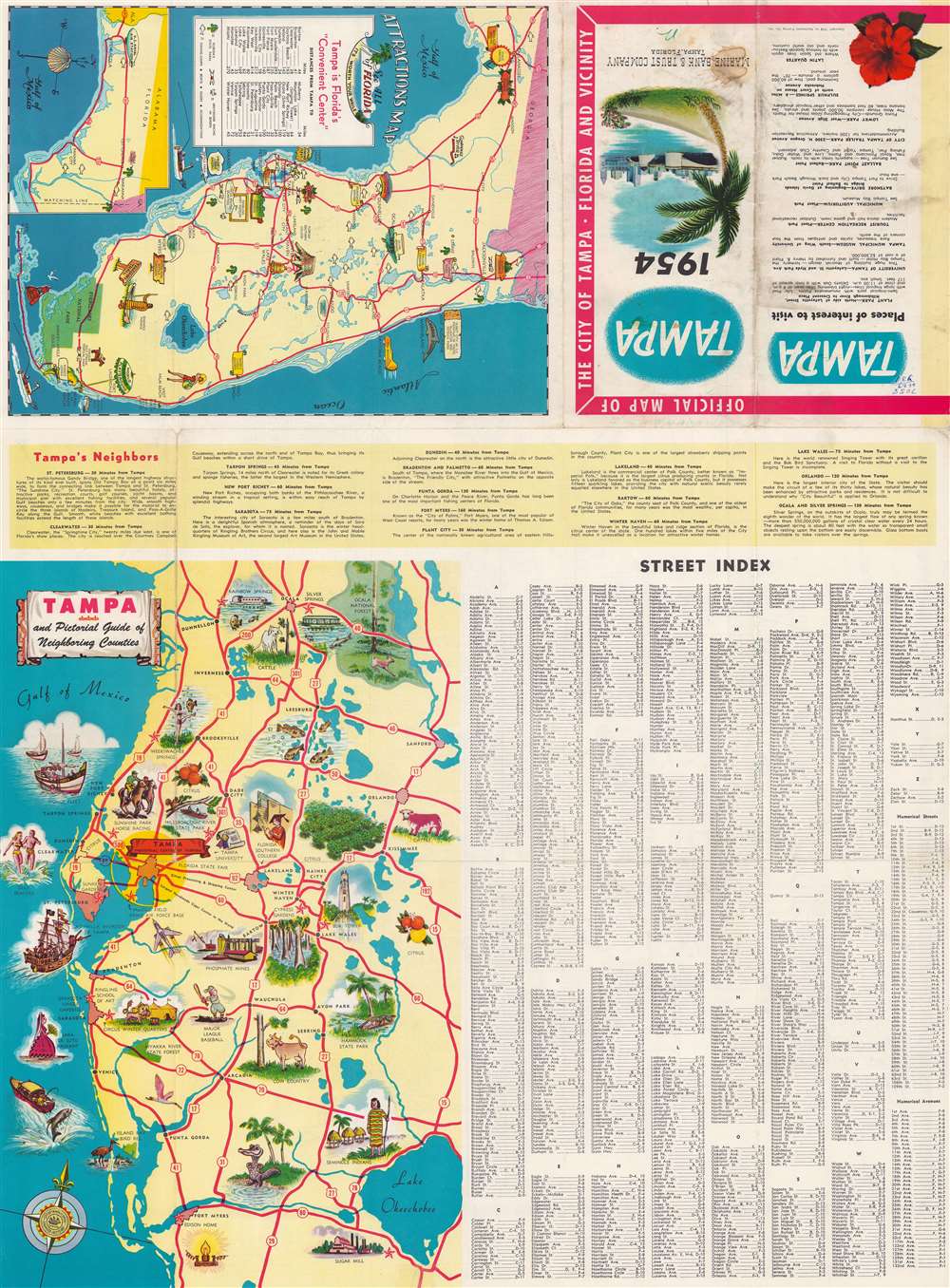 Find your way around during your visit to Tampa.

This is a 1953 MacDonald Printing Company city map of Tampa, Florida. An inset of downtown Tampa occupies the lower right, with thirty locations are numerically identified, including City Hall, the University of Tampa, Union Station, and several hotels. Both the Atlantic Coast Line Railroad and the Seaboard Air Line Railroad are noted.

A street index and two small pictorial maps appear on verso. One illustrates the counties surrounding Tampa and highlights sites of interest, including a phosphate mine. The other broadly details Florida road system.

This map was created and published by the MacDonald Printing Company in 1953. We note an example at the Touchton Map Library at the Tampa Bay History Center. We also note twelve examples which are cataloged in OCLC, in various editions.

Jackson Clifford MacDonald (October 12, 1901 - August 16, 1963) was an American businessman and philanthropist. Born in Alexandria, Virginia, MacDonald spent his childhood traveling the United States with his widowed mother, Edwina DeVin MacDonald, who was a writer. He attended Columbia University where he studied journalism. After graduating from Columbia, he found a job as a reporter for the New York Daily News. Not long afterward he moved to Florida where he worked at the Tampa Tribune, the St. Petersburg Times, and the St. Petersburg Independent. He started and published The Spectator in St. Petersburg for a few years before founding the MacDonald Printing Company in Tampa in 1926. MacDonald managed the MacDonald Printing Company until he suffered a debilitating stroke in 1959. In 1953 MacDonald founded a center for educating handicapped children, which became a model for similar centers nationwide. His work with handicapped children (his son, George McDonald, was handicapped) earned him the Presidential Medal of Freedom in 1963. Learn More...