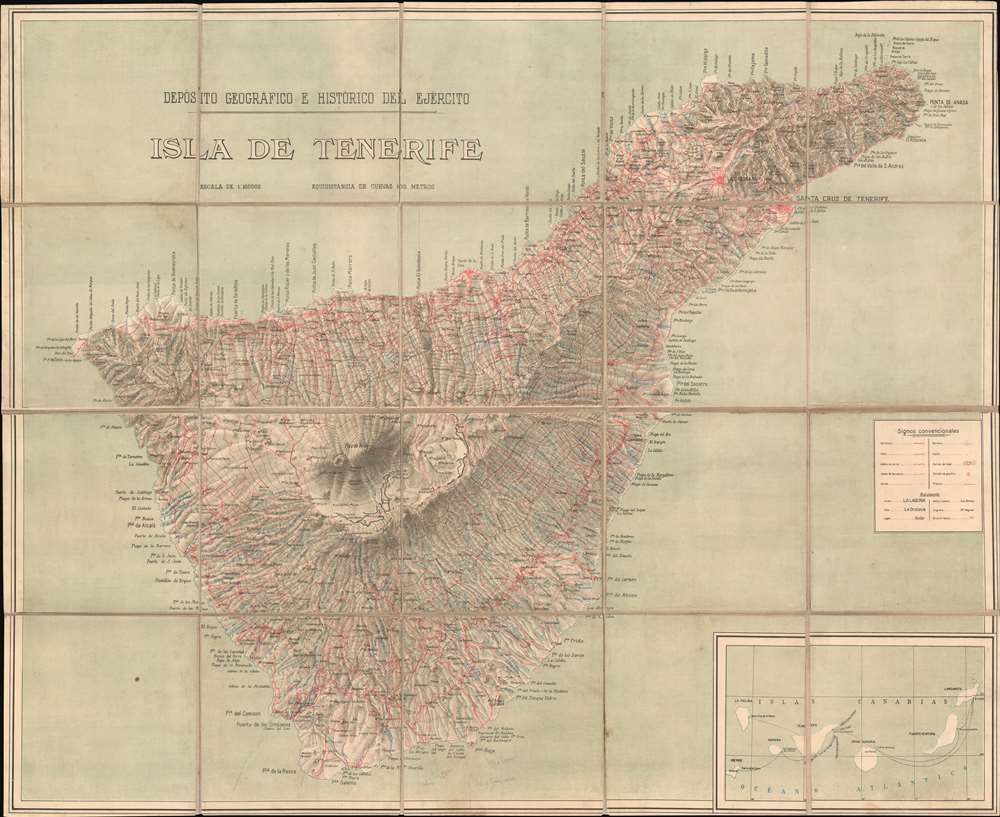 Best and largest map of Tenerife to appear during the Second Spanish Republic.
$950.00

This is a c. 1931 Spanish Depósito Geográfico e Histórico del Ejército large-scale map of Tenerife, Canary Islands. This is the best and largest map of Tenerife to appear during the Second Spanish Republic. Towns, points, beaches, and other coastal features are identified, along with rivers and mountain peaks. Transportation networks, including highways, roads, and tram lines are also noted. Tenerife is the largest and most populated of the Canary Islands. While today it is a popular tourist destination, historically it was an important stopping point on trans-Atlantic voyages.

Per the Biblioteca Nacional de España, this map was published in 1931, the year King Alfonso XIII was deposed and the Second Spanish Republic declared. Likely this map was created for the newly-declared Republic. The Second Spanish Republic suffered insurgencies and unrest from its inception, ultimately losing the Spanish Civil War to the Nationalist regime of Francisco Franco. Tenerife fell to the Nationalists until 1936.

This map was created and published by the Depósito Geográfico e Histórico del Ejército c. 1931. Three examples are cataloged in OCLC and are part of the institutional collections at Biblioteca Nacional de España, the Consejo Superior Investigaciones Cientificas, and the British Library.