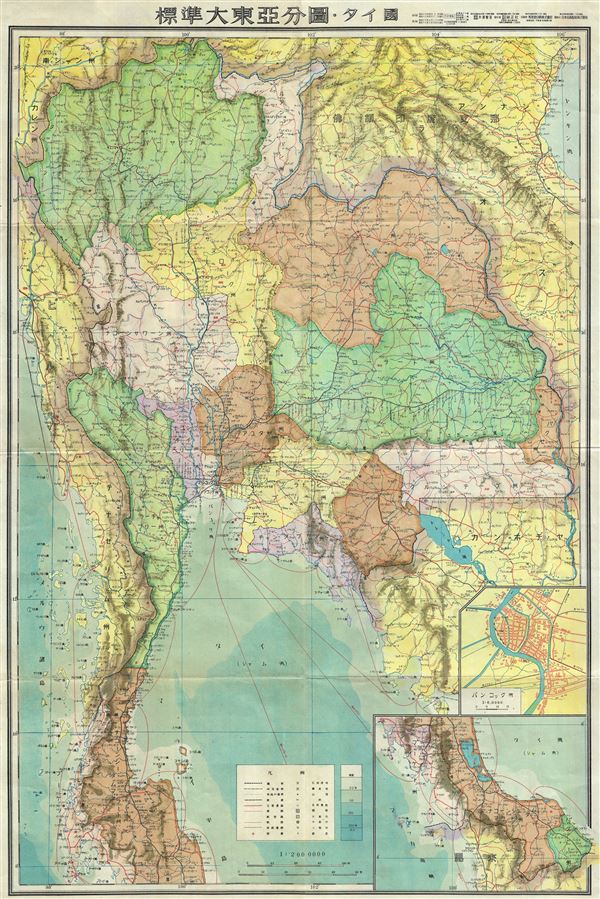 This is a beautiful 1943 or Showa 18 large format Japanese map of Thailand dating to World War II. The map covers the entirety of the country with an inset city plan of Bangkok in the lower left quadrant. Another inset shows the southern tip of the country. The map offers superb detail regarding topographic features and notes cities, roads, and trade routes on air, sea and land. Shading is used to display oceanic depths. All text is in Japanese. This map was created by the Japanese during World War II and was issued as map no. 6, part of a 20 map series detailing of parts of Asia and the Pacific.