1788 Bocage Map of Thessaly, Ancient Greece ( the home of Achilles) 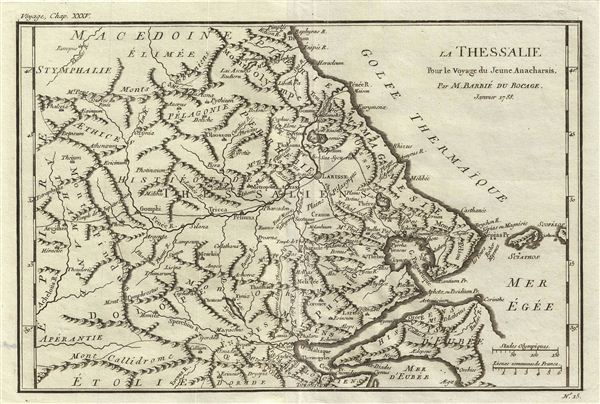 1788 Bocage Map of Thessaly, Ancient Greece ( the home of Achilles)

This lovely little map of Thessaly, just south of Macedonia in Ancient Greece, was prepared by M. Barbie de Bocage, after D'Anville, for the 1788 Travels of Anacharsis. Thessaly is the legendary seat of Phthiotis, home of Achilles and his Myrmidons, who were so prominently featured in the Illiad. Achilles's father King Peleus, ruled this region. There is also a curious theory, based on one of Homer's obscure references to Achilles, that the people of Thessaly were blond.