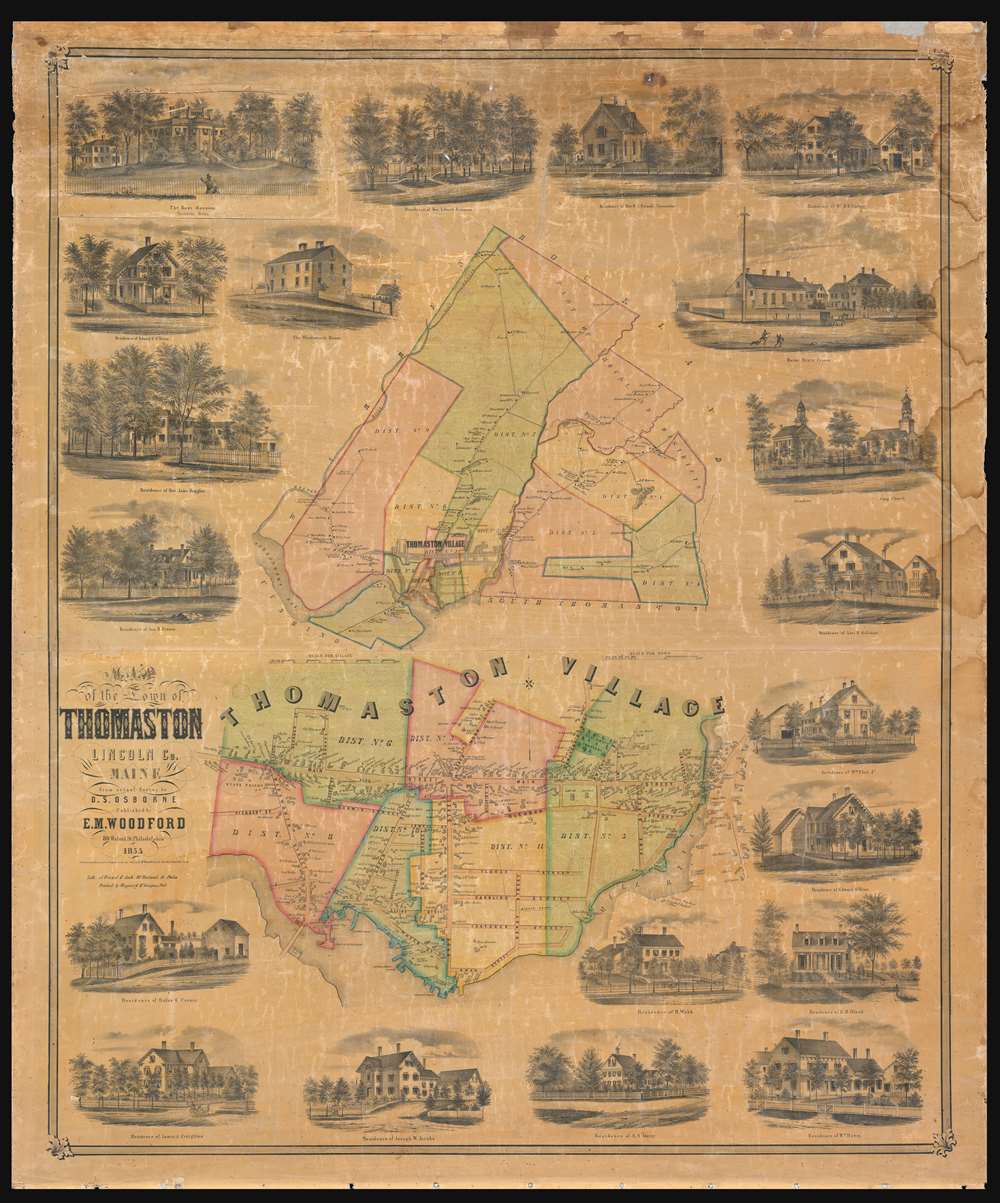 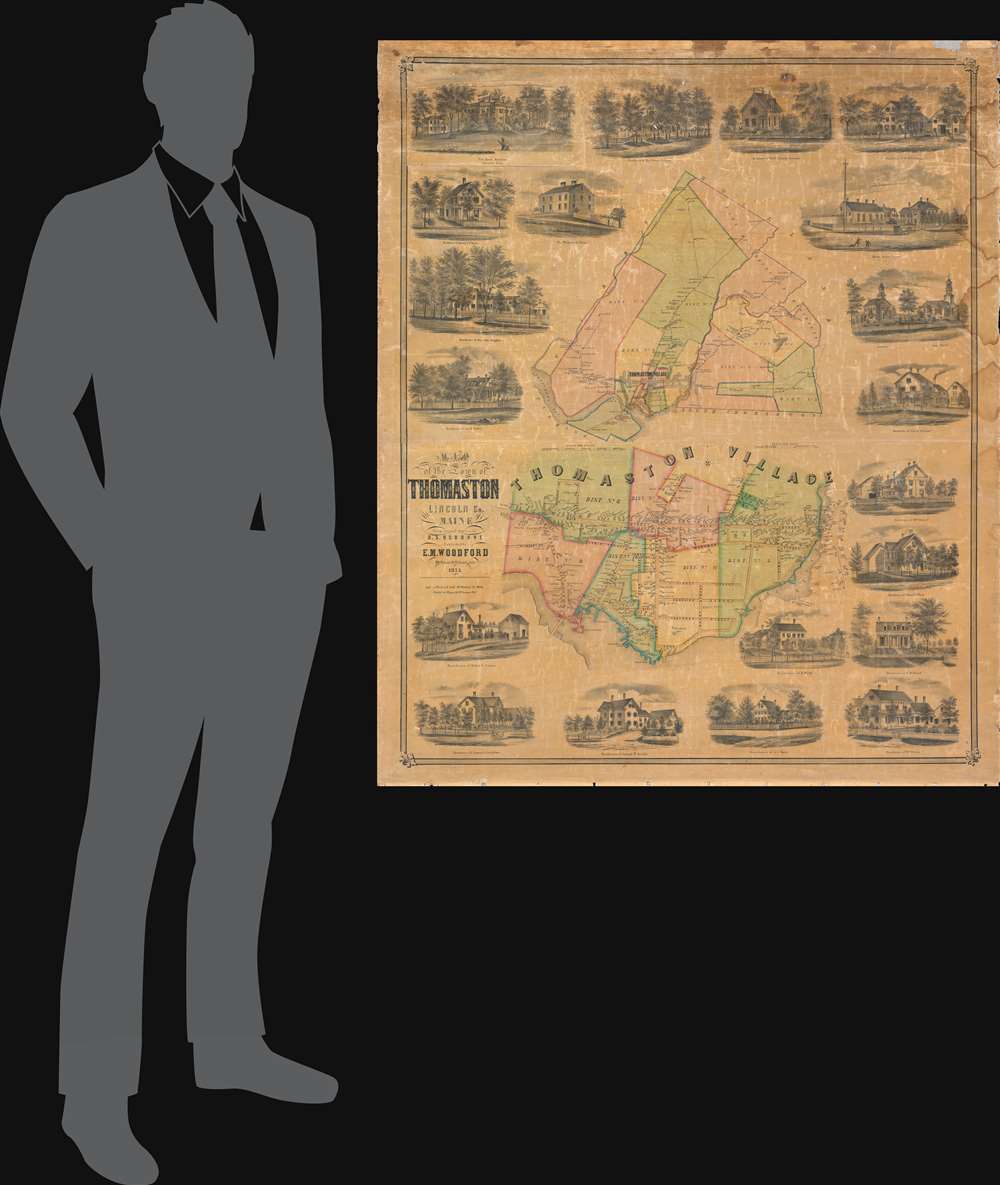 A charming and rare 1855 map of Thomaston, a town in the Penobscot Bay region of mid-coast Maine. The map is divided into two sections. The upper map details greater Thomaston area. The lower map is a detail of Thomaston Village. Exceptional detail offering interesting insights throughout. When this map was issued, Thomaston was a prosperous port and ship building center. Pay particular attention to the kilns, shipyards and wharves shown along the Mill River and at the head of the bay. In 1840, not long before this map was issued, two of seven recorded millionaires in the United States were Thomaston sea captains - a fact that illustrates Thomaston's historical wealth. Both maps are surrounded by vignette images of important residences, many of which still stand. The Knox Mansion, appearing in the upper left, was at the time the grandest home in Maine and is today a museum.

The map is based upon surveys compiled by D. S. Osborne. It was published in Philadelphia by E. M Woodford and printed by 'Friend and Aub', Lithographers, at 80 Walnut Street, Philadelphia.

Good. Unrestored. Some reinforcement along the top, where the map exhibits flaking. Would restore beautifully.
Looking for a high-resolution scan of this?