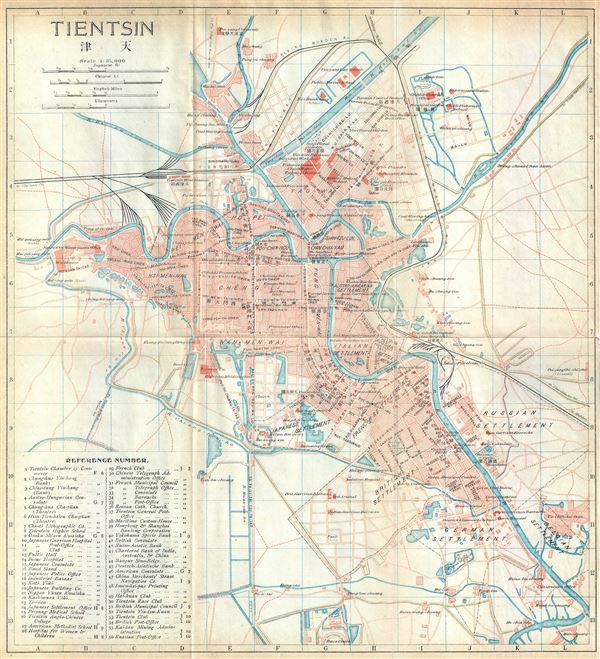 This is an appealing 1915 bi-lingual railway map if Tientsin or Tianjin, China, issued by the Imperial Japanese Government Railways. The map depicts Tianjin, the fourth most populous city in China, in great detail. Several streets, individual buildings, rivers, railways and other topographical features are noted. This map was issued as part of An Official Guide to Eastern Asia Trans-Continental Connections between Europe and Asia Vol. IV China and printed at the Tokyo Tsukiji Type Foundry in 1915. All text is in English and Chinese.

Very good. Minor wear along original folds. Printed on thin paper.
Looking for a high-resolution scan of this?