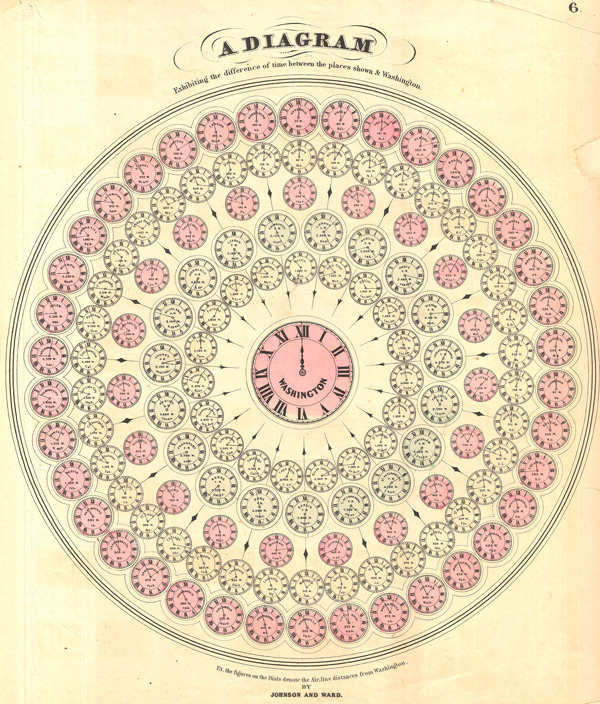 An extremely interesting, attractive c. 1864 diagram with five concentric rings of clocks showing the time differences between Washington and cities in the US around the world. Ex. The figures on the Dials denote the Air-line ditances from Washington. Plate 6, By Johnson and Ward.