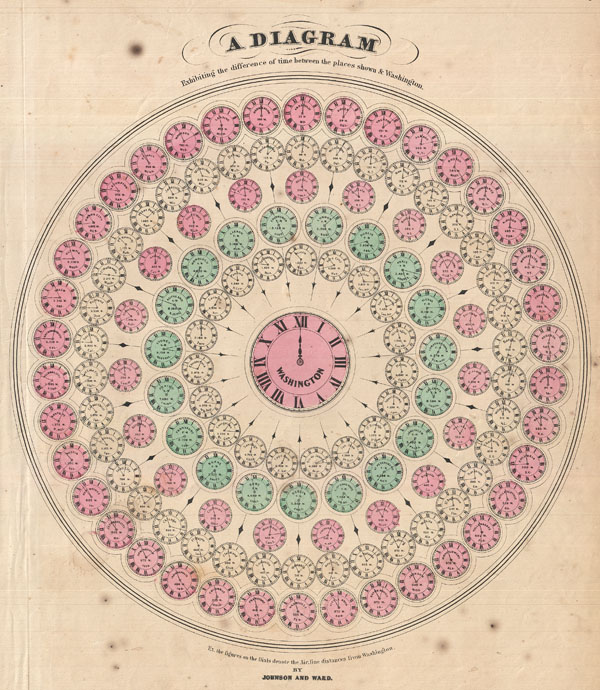 A very attractive example of Johnson's 1866 diagram of the world's time zones. Consists of a circular engraving in which numerous clocks are drawn, each representing a major world city. At the center is clock representing the time in Washington, D.C. The time in Washington is set at 12 and the remaining clocks are adjusted accordingly. So, if it is 12 in Washington, it is 11:02 in Calcutta and 6:35 in Honolulu, etc. Published by A. J. Johnson and Ward as plate number 6 in the 1866 edition of Johnson's New Illustrated Family Atlas. This is the last edition of the Family Atlas to bear the Johnson and Ward imprint.

Johnson, A. J., Johnson's New Illustrated Family Atlas of The World with Physical Geography, and with Descriptions Geographical, Statistical, and Historic including The Latest Federal Census, A Geographical Index, and a Chronological History of the Civil War in America, (last Johnson and Ward), 1866.

Good. Even overall toning. A few minor fox marks. Brittle. Blank on verso. Else clean.
Looking for a high-resolution scan of this?