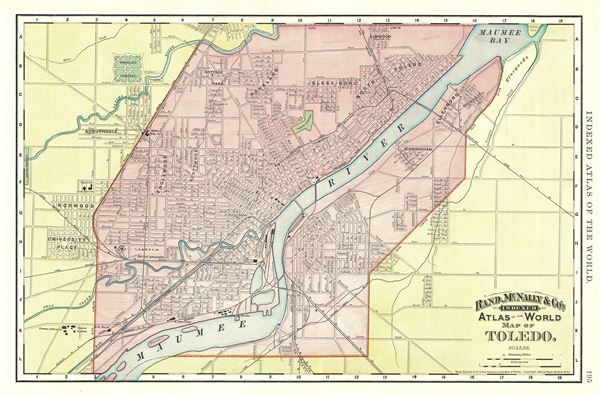 An appealing 1892 map or plan of the city of Toledo by Rand McNally and Company. Centered on the Maumee River, it covers the city of Toledo from Norwood University Place to Duck Creek. Throughout, the map notes individual streets, important buildings, creeks, rivers, railways, cemeteries and other topographical features. This map was issued as plate no. 195 in the 1893 edition of Rand McNally and Company's Indexed Atlas of the World- possibly the finest atlas Rand McNally ever issued.