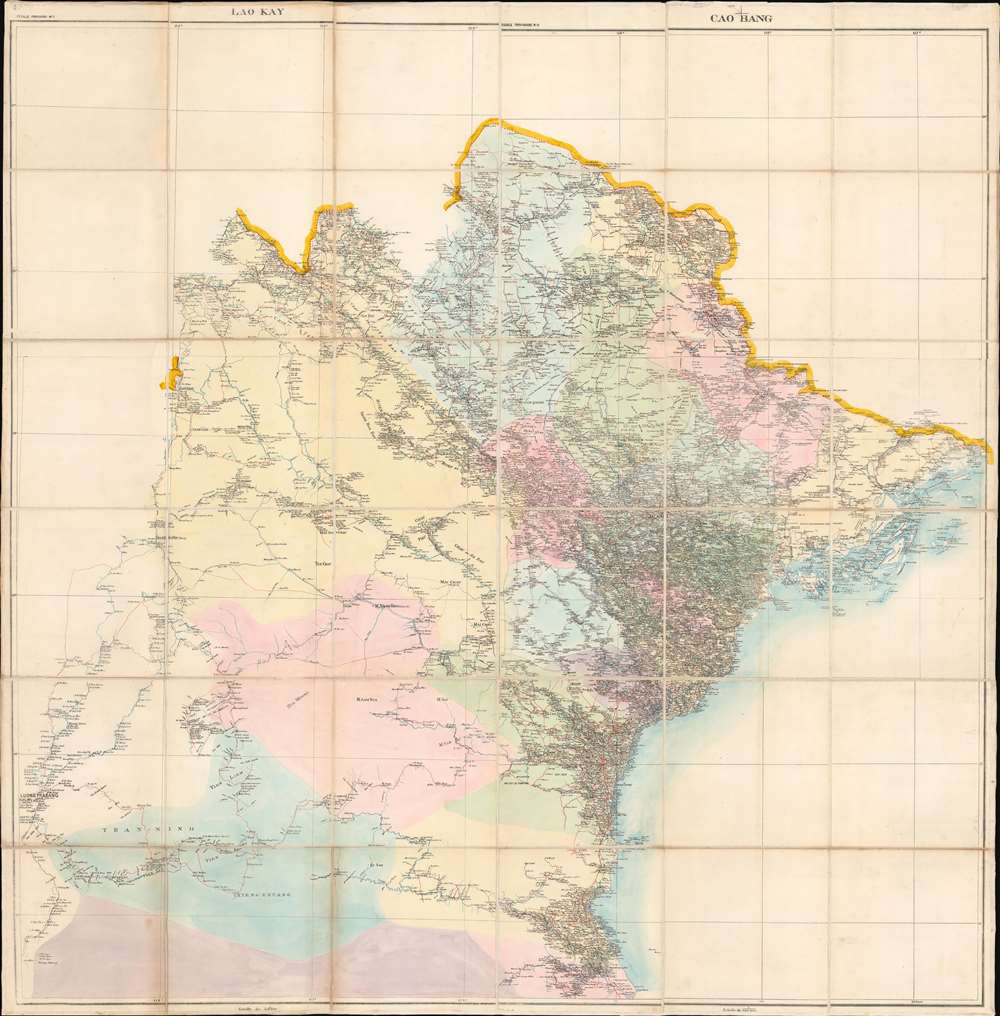 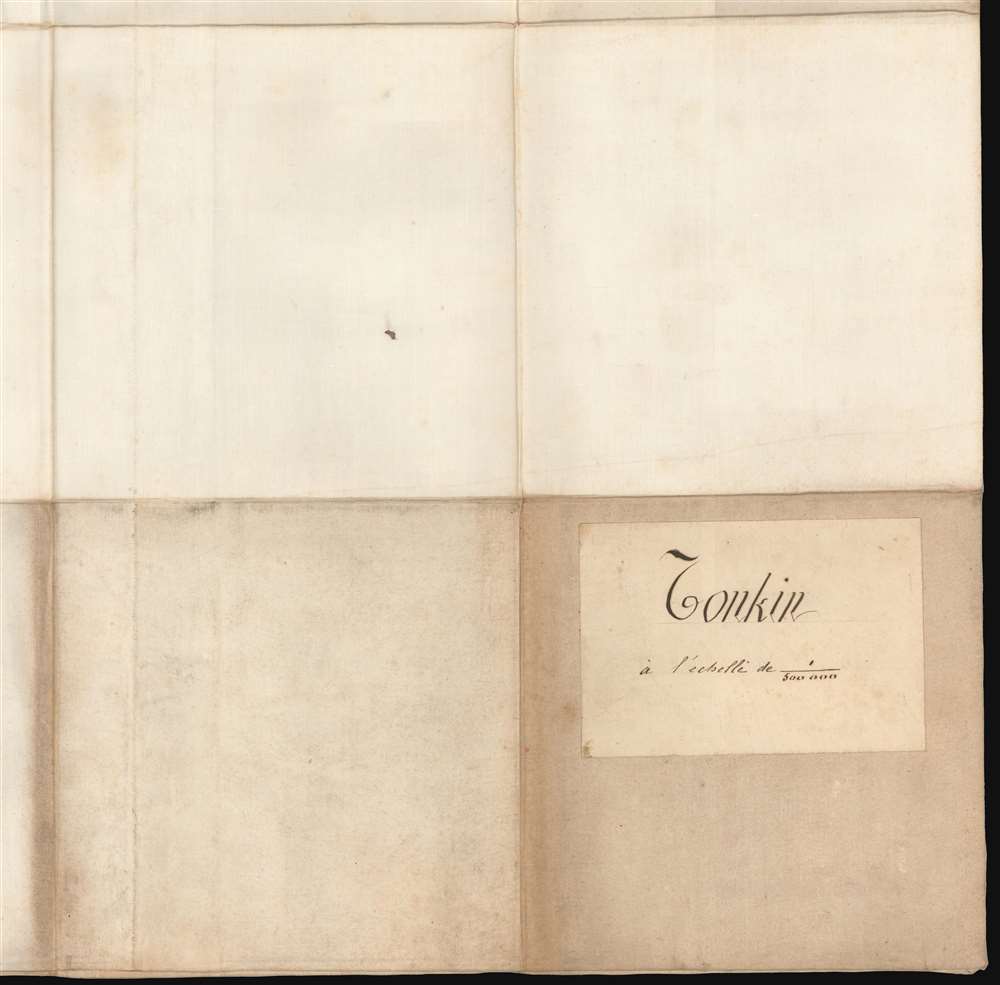 An unusual hand-compiled 1899 dissected map of Tonkin, or North Vietnam, prepared and published by the Bureau Topographique des Troupes de l'Indo-Chine. Coverage extends from the China border to the Red River and inland as far as Luong Prabang, in modern-day Laos. The inclusion of Laos is significant, as it suggests the map was issued around the time when the French Protectorate of Laos was integrated into French Indochina - 1899. The map offers an outstanding density of information on a scale of 1:500000, making it one of the more detailed general surveys available at the time. Nonetheless, lacking topographical detail, them map's focus is on villages, roads, and rivers, thus underscoring the provisoire or provisional nature of the piece.

The map is a unique piece compiled from at least four cartes provisoire or 'provisional maps' dissected and assembled by an unknown individual, c. 1899. We have based the date on the content of the pieces, the printing style, and a vague reference in the 1899 Geographical Journal, volume 22 (page 723). They are identical in style with other work printed in Hanoi by the Bureau Topographique des Troupes de l'Indo-Chine. Although the survey work is highly detailed, the printing quality is far cruder than pre-1890 work by the same agency, which was printed in France. The Bureau Topographique acquired a crude lithograph press in that year, and began printing maps for French ground troops operating in the Indochine theater.

We have been unable to trace any other examples of the individual charts used to compile into this large map of North Vietnam. One-of-a-kind.

Very good. Dissected and mounted on original linen. Manuscript title on verso.
Looking for a high-resolution scan of this?