1867 Weyess Map of Battlefield of Totopotomoy Creek during the U.S. Civil War 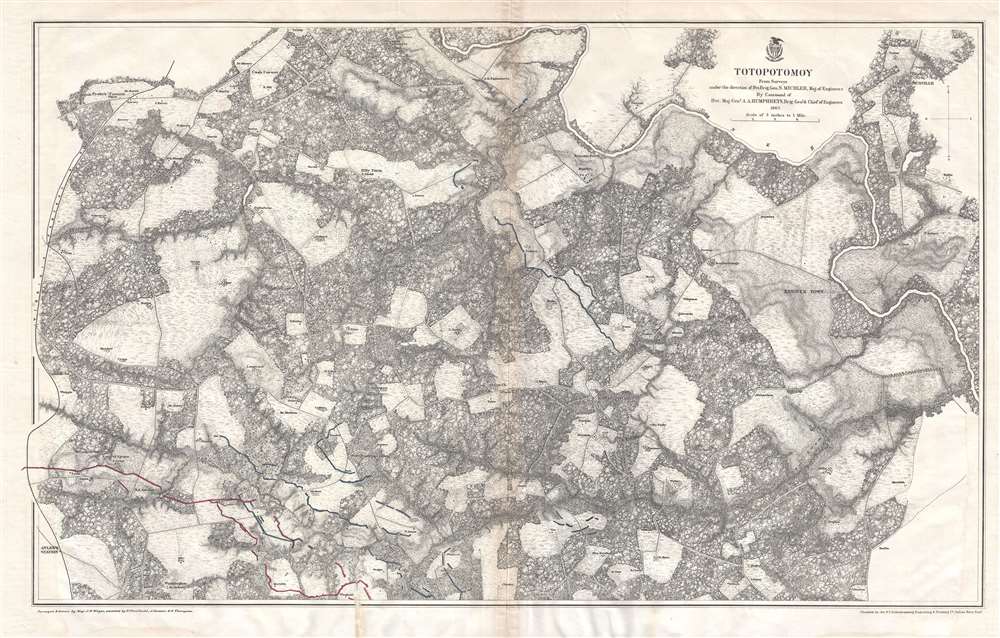 1867 Weyess Map of Battlefield of Totopotomoy Creek during the U.S. Civil War

This is an 1867 John Weyss and Nathaniel Michler map of the battlefield of Totopotomoy Creek, Virginia. The map depicts the region from the Virginia Central Railroad and Atlee's Station to Mechanicsville and from the Pamunkey River to Washington Academy. Numerous homesteads, farmsteads, churches, and mills are identified, along with Hanover Town, Hawe's Store, and Atlee's Station, which are prominently labeled. Numerous roads traverse the region and the Virginia Central Railroad cuts through the map along the left border. The Pamunkey River snakes its way through the region in the upper left corner. Confederate lines and entrenchments are illustrated in red, while Union troops are noted in blue.

The Battle of Totopotomoy Creek

The Battle of Totopotomoy Creek, which was part of Union Lieutenant General Ulysses S. Grant's Overland Campaign, was fought in Hanover County, Virginia from May 28 - 30, 1864. As was the case with many of the battles during the Overland Campaign, Grant's Army of the Potomac and General Robert E. Lee's Army of Northern Virginia fought to a bloody standstill at Totopotomoy Creek. No advantage was clearly gained by either side, though at Totopotomoy Creek the Confederates suffered higher casualties than Union forces, which was not always the case during the Overland Campaign. After several failed assaults on Confederate lines, General Grant elected to continue moving his troops to the south, toward the cataclysm that was the Battle of Cold Harbor.