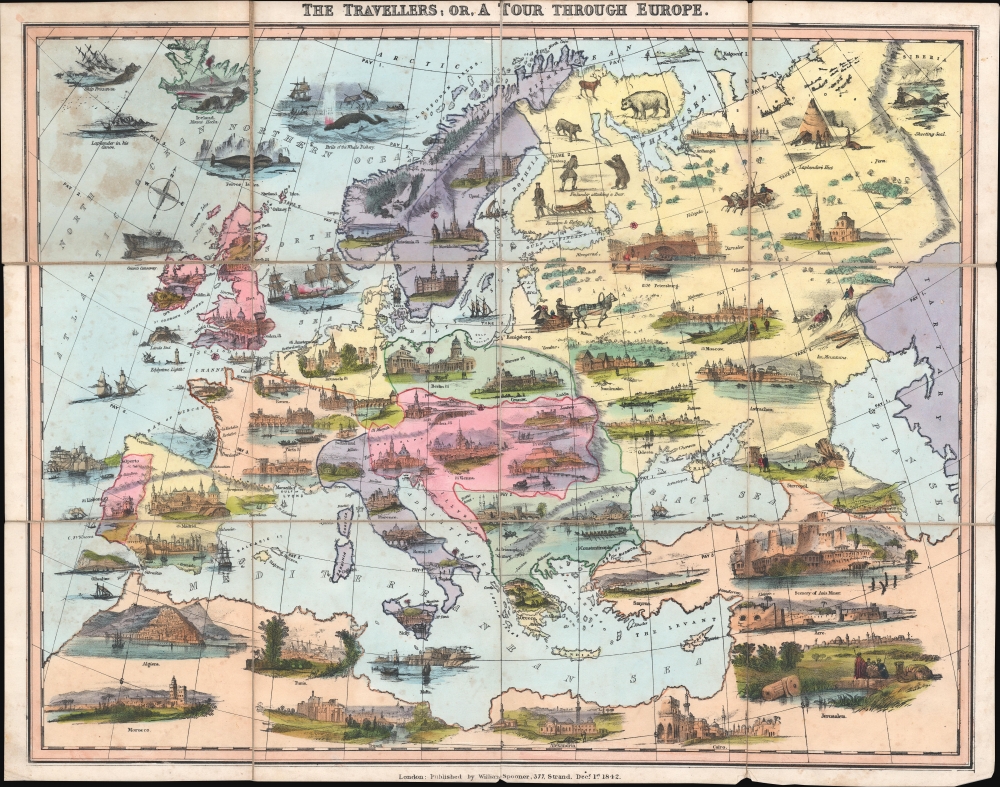 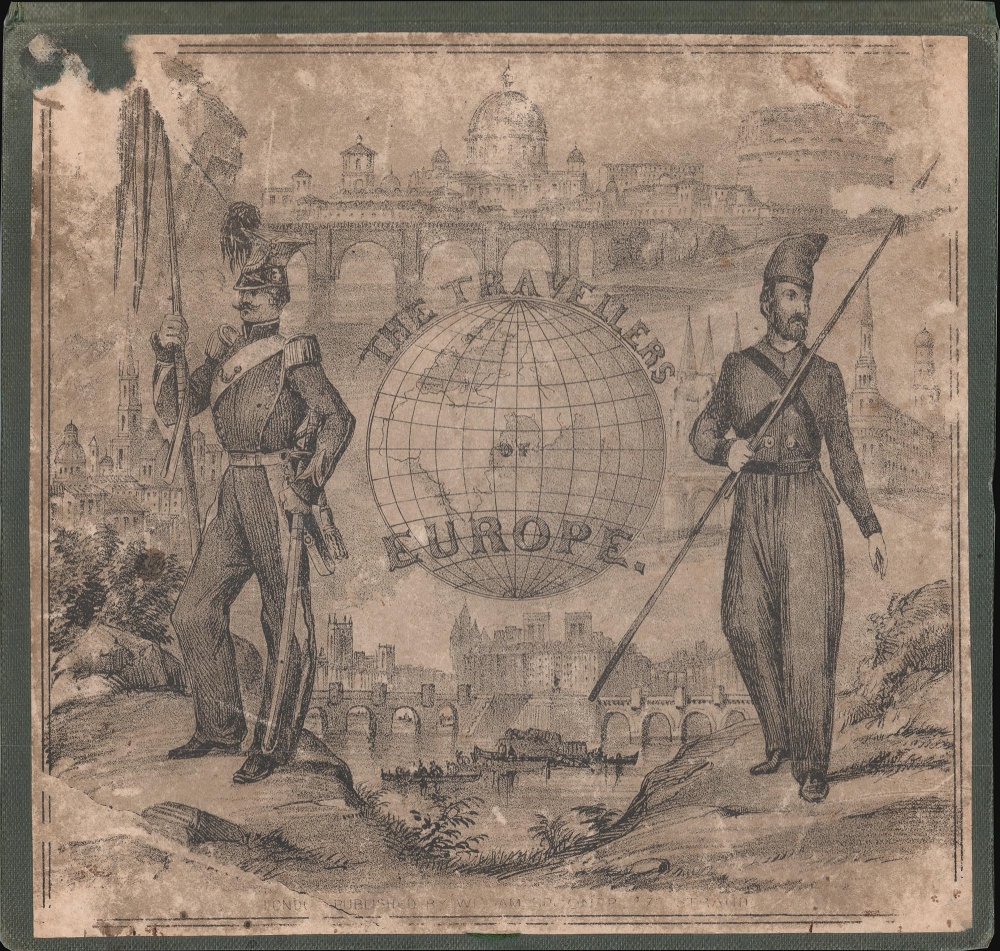 An 1842 first edition example of William Spooner's graphically impressive pictorial map game board illustrating Europe. Published by William Spooner, this charming game called The Travellers; or, A Tour Through Europe covers all of Europe as well as the Mediterranean Basin, African littoral, and Near East as far as the Caspian Sea. The map is highly decorative and graphically rich, with vignettes illustrating cities, important buildings, sea battles, and shipwrecks.

According to the Victoria and Albert Museum's catalogue,

Five players take the parts of The Travellers, who are from different nations, Austria, Sweden, Russia, Prussia and England. They must make their way to their respective capital cities each starting from a different city in Africa, or on the shore of the Mediterranean Sea. This game is played with a teetotum or spinner with four sides marked N., S., E., W. representing the directions they must move in.

Unfortunately, there are no instructions, tokens, or teetotums accompanying this map.

This is one of Spooner's more sophisticated and effective educational games and proved popular with youth and armchair travelers alike. The map appeared in at least five editions starting with this, the first edition, in 1842. Subsequent editions followed until about 1852. We note three examples cataloged in OCLC (with three different nearly identical entries) which are part of the collections at the National Library of Scotland, the British Library, and the University of Cambridge. Examples of various editions appear on the market from time to time.

William Spooner (1796 - 1882) was a British publisher and printer. According the the British Museum, Spooner was a 'print publisher, specialising in lithographs of semi-popular and humorous character, many for children. His activity in the print trade ran from 1831 to 1850, after which he moved on to book publishing'. During his time in the print trade, Spooner published numerous geographical games, including The Travellers, or, a Tour Through Europe, A Voyage of Discovery or the Five Navigators, The Journey or Cross Roads to Conqueror's Castle, and The Pirates and Traders of the West Indies He also published the Comic Game of the Great Exhibition of 1851. Learn More...