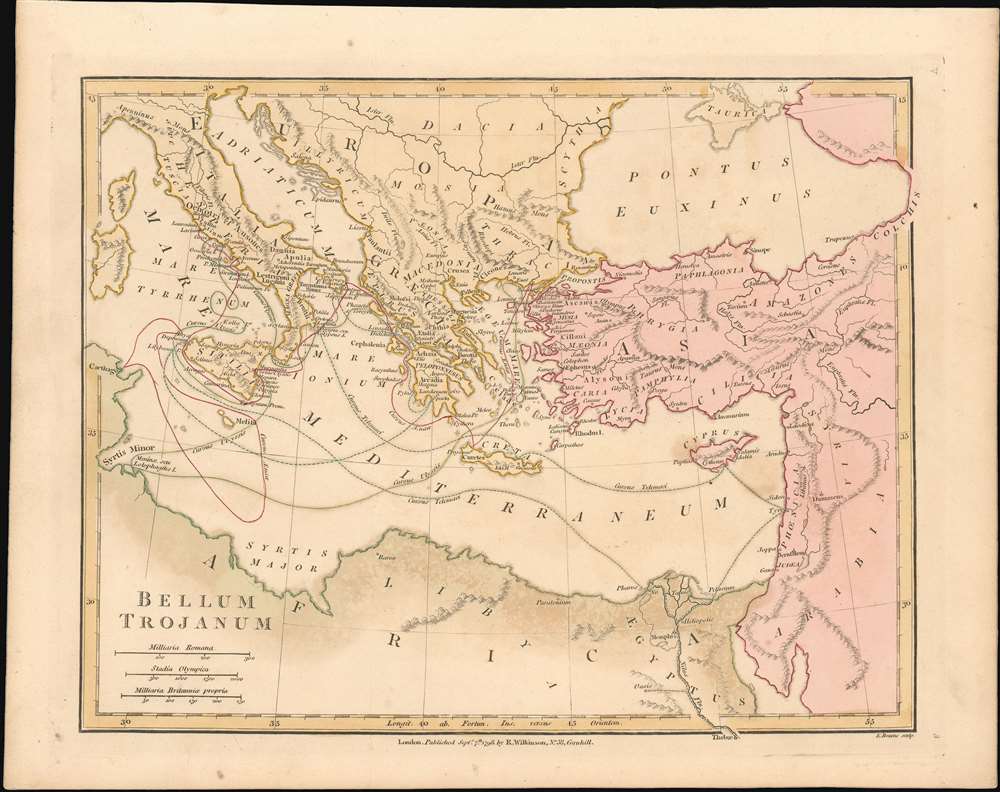 Map of the Mediterranean showing the tracks of Aenaeas, Telemachus, and Ulysses.

This is a fine 1798 map of the Eastern Mediterranean by Robert Wilkinson, focusing on the region encompassing the events of Homer’s Odyssey and Virgil’sAeneid, and showing the travels of its principal characters. Wilkinson's map covers from Carthage to Syria, reaching as far north as the Black Sea; in the south, the Nile River extends beyond the border of the map. Italy and the Greek Islands are, of course, shown in detail. Although the place names are the ancient ones relevant to the events described in the epic poems, the topography of the map is modern.

The map, though dated September 7th, 1798, appeared both in the 1796 and the 1808 editions of Wilkinson’s Atlas Classica before its publishing date was altered to 1815. While we see three separate examples of this map in institutional collections, 18 examples of the 1796 edition of the book can be found, and many of the later editions as well.

Wilkinson, R . Atlas classica being a collection of maps of the countries mentioned by the ancient authors, both sacred and profane