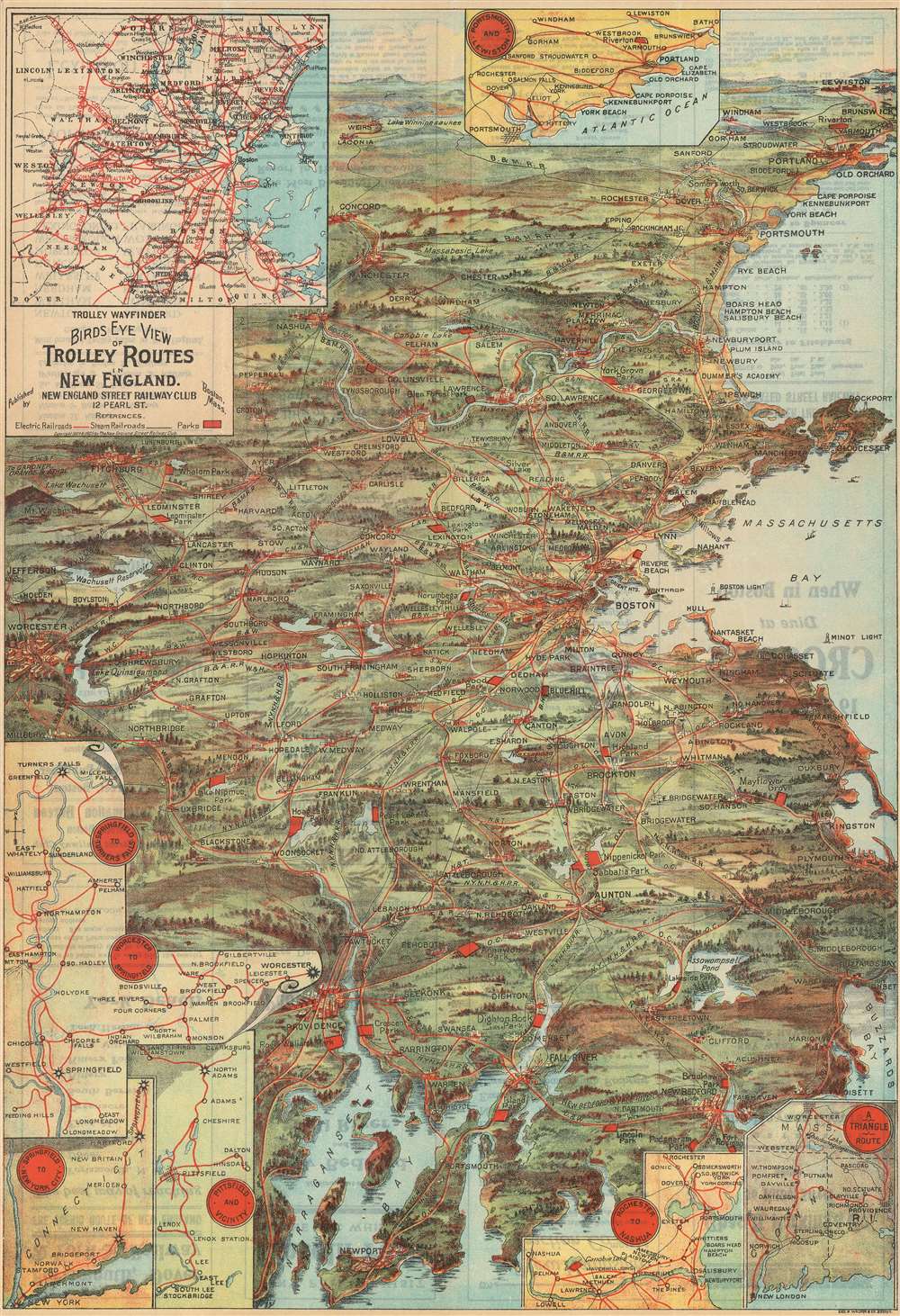 A bird's-eye-view of electric and steam railroads in turn of the century New England.

A scarce and stunning bird's eye view style pocket map of New England issued in 1905 by George Walker published by the New England Street Railway Club. The view reveals New England, centered on Boston, extending north as far as Lewistown, Brunswick and Yarmouth; south to Narragansett Bay, Newport and New Bedford; and west as far as Worcester. Train and trolley routes throughout the region are illustrated, with myriad towns and villages labeled throughout the region. Both electric railroads and steam railroads are noted here, with red lines indicating an electric railroad and a black line marking the route of a steam railroad. Various parks, lighthouses, historic sites, and geographical features are also labeled. Popular routes are highlighted by inset maps, which include: Springfield-Turners Falls, Worcester-Springfield, Springfield-New York City, Pittsfield and Vicinity, Rochester-Nashua, Portsmouth-Lewiston, and a triangle route from Worchester to Providence to New London and back. An inset of the vicinity of Boston is situated in the upper left corner.

This map was created by George H. Walker, copyrighted 1904 and 1905, and published by the New England Street Railway Club. Walker is better known for his similar view maps of Boston Harbor - the present example is thus somewhat out of his focus area and very scarce. We are aware of two examples in institutional collections at the Huntington Library and the William Clements Library at the University of Michigan.