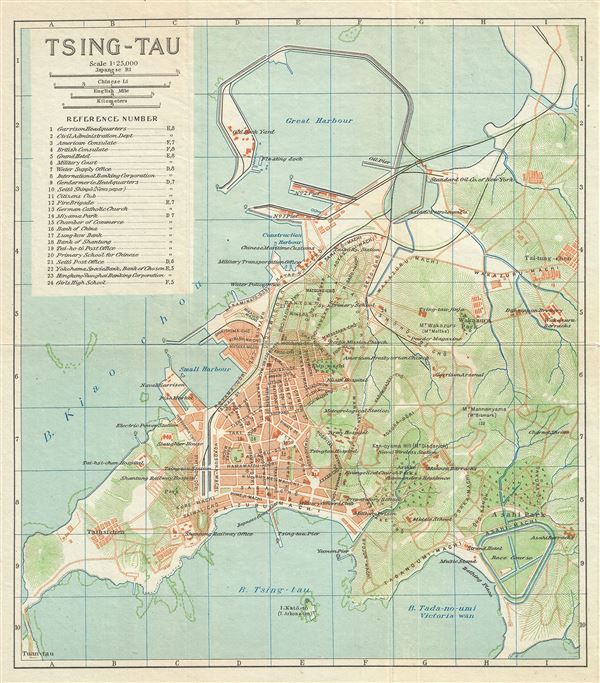 This is a beautiful 1924 map of Qingdao or Tsingtao or Chingtao, located in the eastern Shandong Province of China, issued by the Imperial Japanese Government Railways. The map depicts the city, an important sea port and naval base and China's most livable city in great detail, noting streets, individual buildings, rivers, railways, and other topography. The great harbor is noted. The map also notes railway lines. An index in the top left quadrant notes the locations marked on the map. This map was issued as part of the 1924 Official Series Vol. D of the Guide to China and printed at the Toppan Printing Company.