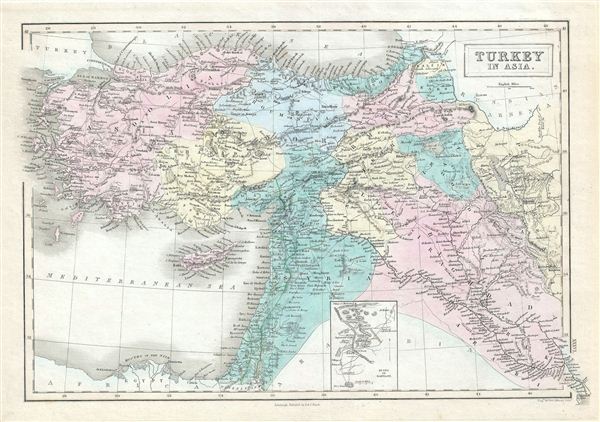 This is a fine example of the Adam and Charles Black's 1851 map of Turkey in Asia. Centered on the Holy land (Palestine / Israel), the map covers the modern day countries of Turkey, Cyprus, Iraq, Israel, Palestine, Jordan, Lebanon, and Syria. An inset near the bottom margin details the Ruins of Babylon. A. and C. Black issued this map in the last days of the Ottoman empire, whose hegemony, though rapidly declining, still influenced much of the Middle east. Various cities, towns, rivers, mountains and several other topographical details are noted with relief shown in hachures. This map was engraved by George Aikman and issued as plate no. XXXVI in the 1851 edition of Black's General Atlas of the World.