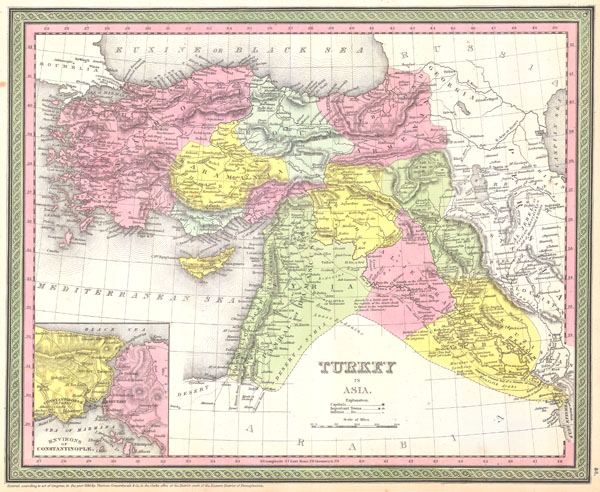 This beautiful hand colored map is a lithographic engraving of Turkey in Asia, dating to 1850. Beautiful map depicts most of modern day nations of Turkey, Iran, Iraq, Israel, Palestine, Jordan, Syria, Lebanon and Kuwait. There is a beautiful inset of the Environs of Constantinople or Istanbul. Produced by the legendary American map publisher S. A. Mitchell Sr. in conjunction with the Cowperthwait firm of Philadelphia, PA. Dated and copyrighted '1850 by Thomas Cowperthwait & Co in the Clerk's Office of the District court of the Eastern District of Pennsylvania..'