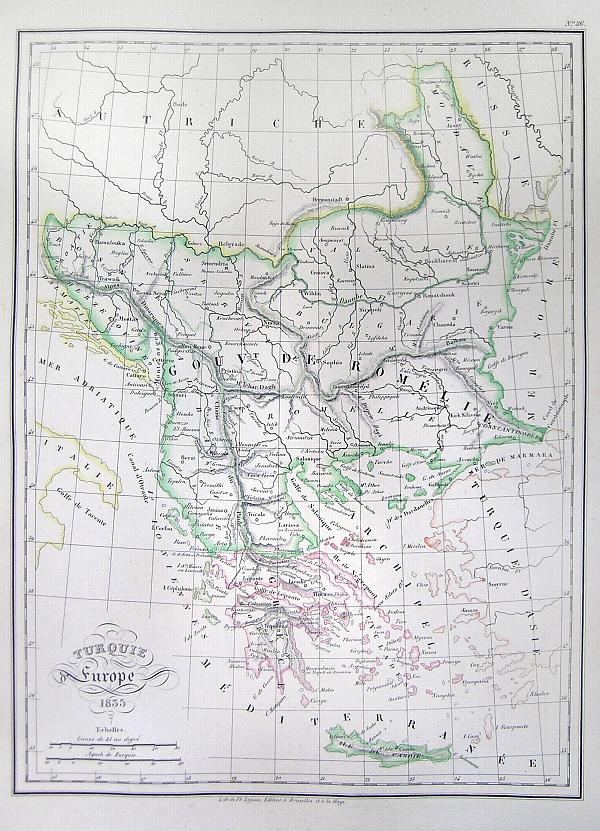 This is a beautiful 1835 hand colored map of Turkey or the Ottoman Empire as it extended into Europe during the early 19th century. Includes all of modern day Greece and the Balkans. All text is in French.