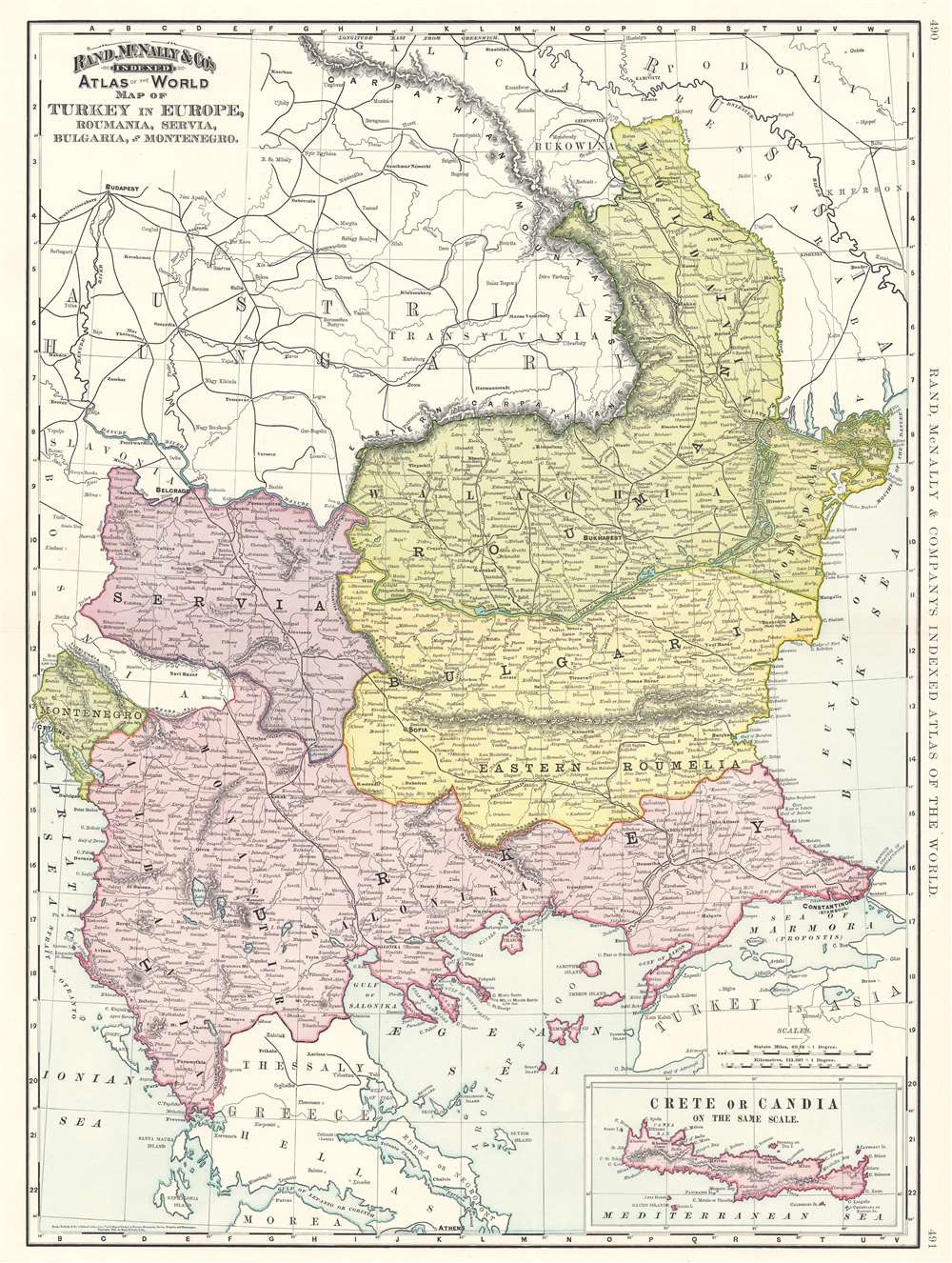 This is a beautiful example of Rand McNally and Company's 1892 map of European Turkey. It covers Rumelia including modern-day Romania, Bulgaria, Serbia, Montenegro, Albania, Macedonia, and parts of Greece. An inset in the lower right quadrant details Crete or Candia.

This map depicts the waning years of Ottoman hegemony in the region. The Greek Independence movement attained sovereignty for the Peloponnese in 1821. The other Grecian and Balkan states, including Serbia, Croatia, Moldavia, Wallachia, Albania, and Macedonia, remained at least nominally under Ottoman control until 1878. A few years after this map was made, around 200,000 Armenian and Christian civilians would be massacred by the Ottomans in the Hamidian massacres.

This map was issued as plate nos. 490 and 491 in the 1895 issue of Rand McNally and Company's Indexed Atlas of the World - possibly the finest atlas Rand McNally ever issued.