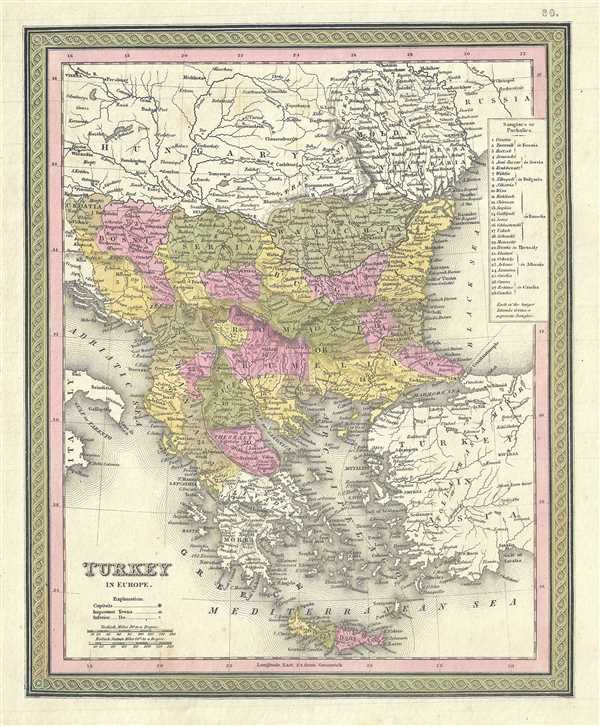 European Turkey during the Ottoman rule.
$150.00

This is a lovely 1849 map of European Turkey by S. A. Mitchell. This map, made when the Ottoman Empire controlled much of the region, covers what is today Turkey, Greece, Macedonia Croatia, Bosnia, Serbia, Romania, Bulgaria, Macedonia and Albania. Ottoman provinces are color coded and numbered. Political and topographical features are noted and color coded with elevation rendered by hachure.