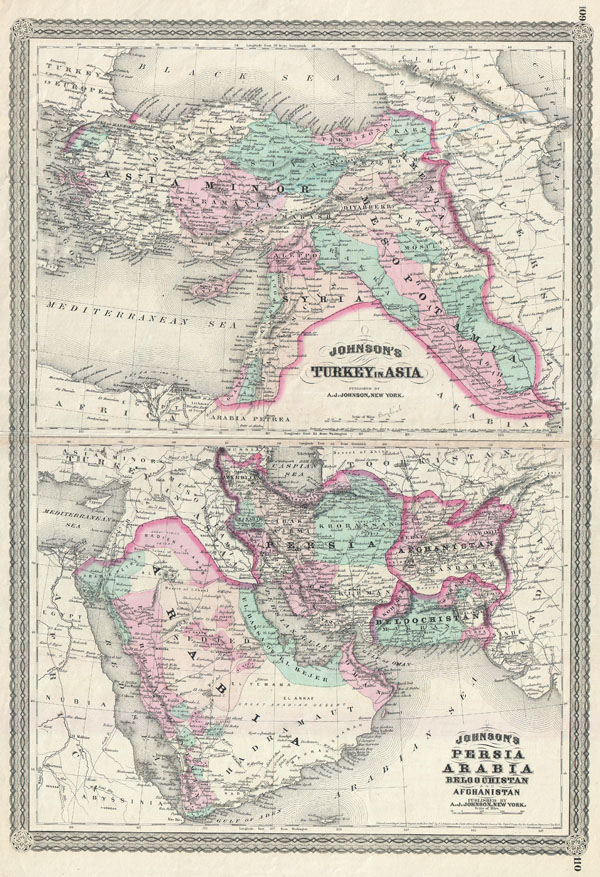 This is A. J. Johnson 1870 map of what is today considered the Middle East. Divided into two maps on a single sheet and based upon earlier separate Johnson maps. The upper map focuses on Turkey and the territories claimed by the Ottoman Empire. Includes modern day Turkey, Syria, Jordan, Israel, Palestine, Cyprus and Iraq. The lower map focuses on Arabia and Persia, detailing modern day Iraq, Afghanistan, Saudi Arabia, Oman, Yemen, and the UAE. Features the spirograph style border common to Johnson's atlas work in 1870. Steel plate engraving prepared by A. J. Johnson for publication as page nos. 109-110 in the rare 1870 edition of his New Illustrated Atlas… Dated and copyrighted, 'Entered according to Act of Congress in the Year of 1867, by A. J. Johnson in the Clerks Office of the District Court of the United States for the Southern District of New York.'