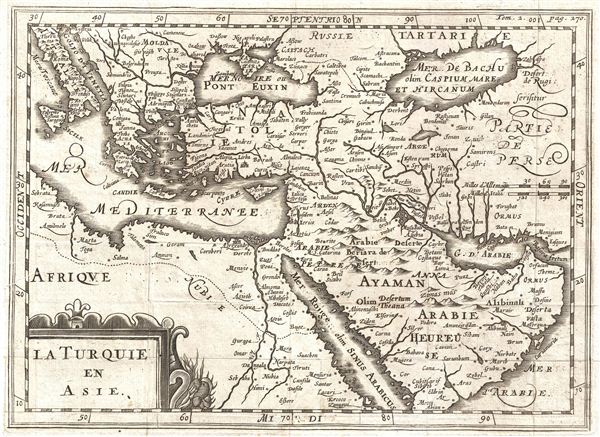 An uncommon c. 1700 map of the Middle east issued for Maretineau du Plessis. The map covers from Italy to the Caspian Sea and from the Arabian Sea to Russia, inclusive of Arabia, egypt, Persia, Greece, Italy, and Turkey. A decorative title cartouche sits in the lower left quadrant. Cartographically this map is most notable for its misorientation of the Caspian Sea, an error common to maps of the 16th and 17th though rarely the 18th century. This singular element allows us to date is original composition to the late 16th or early 17th century. Regardless of its original composition date, this map was prepared for Martineau du Plessis' Nouvelle Geographie, published in 1700.