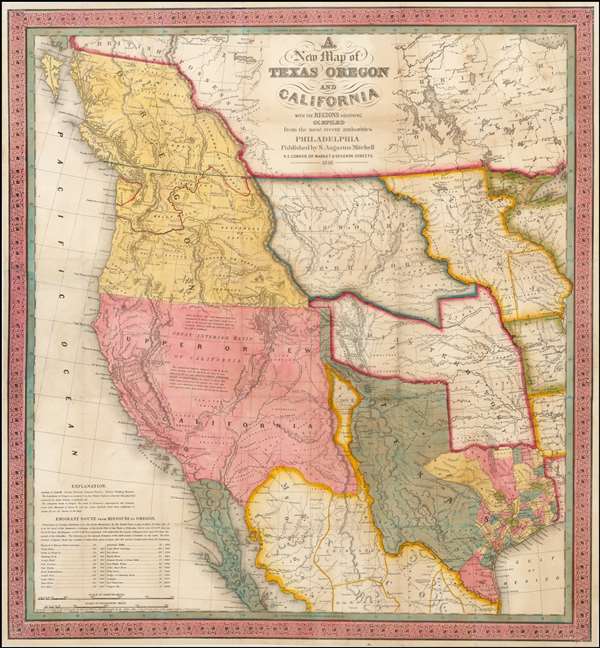 The essential covered wagon trail map of the American west.

A stunning example of Mitchell's seminal 1846 pocket map of Texas, Oregon, Upper California, Missouri Territory, the Indian Territory (Oklahoma, though in this example including most of Kansas and Colorado). This important map of Texas is one of the first widely-circulated maps of the early statehood period. This map shows the borders of Texas extending to Santa Fe. Also includes Texas' claim to the Upper Rio Grande in present day New Mexico. These claims were eventually given up in the 1850 'Great Compromise,' wherein the U.S. Federal Government assumed Texas' public debt. To make this map Mitchell compiled the mappings of Arrowsmith (1841), Fremont, Emory, Wilkes, and Nicollet, as well as making use of data from the Louis and Clark expedition. This map was very popular when issued due to general interest in the new state of Texas as well as the Mexican-American war, which started the same year the map was issued. Brigham Young, the Mormon Moses, famously ordered six copies of this map when planning the 1847 Mormon migration west. One of the most important maps in American history.