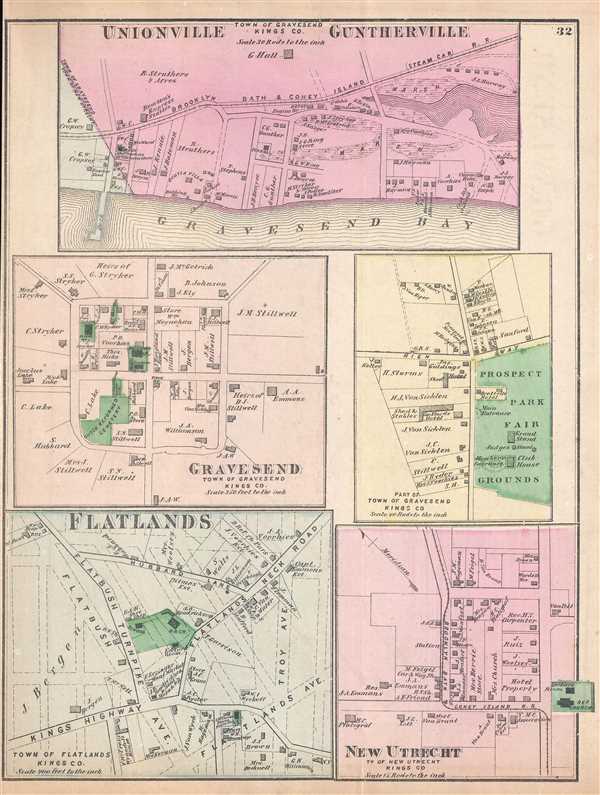 Perhaps the finest 19th century map of these Brooklyn communities.

This is an 1873 Fredrick W. Beers map of the communities of Unionville, Guntherville, Gravesend, Flatlands and New Utrecht, which are now part of the borough of Brooklyn in New York City. Each community is illustrated on its own, along with the Prospect Park Fair Grounds in Gravesend, leading to five individual maps printed on one sheet. Individual properties and buildings within each community are noted and identified by owner. Streets, cemeteries, schools, churches, and other public buildings are also labeled, as is the Brooklyn Bath and Coney Island (Steam Car) Railroad on the Unionville / Guntherville map.

New York Public Library, Map Division, 1527271.
Looking for a high-resolution scan of this?