1849 Mitchell Map of the United States 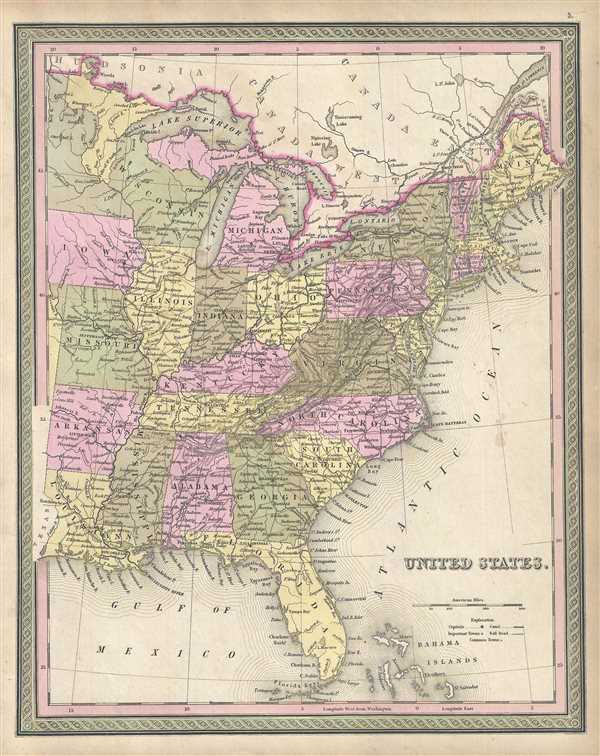 1849 Mitchell Map of the United States

Mitchell's map of the United States during a period of westward expansion.
$450.00

A beautiful example of the 1849 edition of Mitchell’s map of the United States. It covers the United States east of the Mississippi as well as the Trans-Mississippi territories of Louisiana, Arkansas, Missouri, and Iowa. The whole is engraved and colored in Mitchell's distinctive style with green border work and vivid pastels. Political and topographical features are noted and color coded with elevation rendered by hachure.

This ephemeral map details United States during a period of rapid development and westward expansion. Throughout the 1840s emigration and settlement to the west of the Mississippi led to a transformation of the national map. The present example focuses on the eastern portion of the country in the early days of the Mexican-American War.