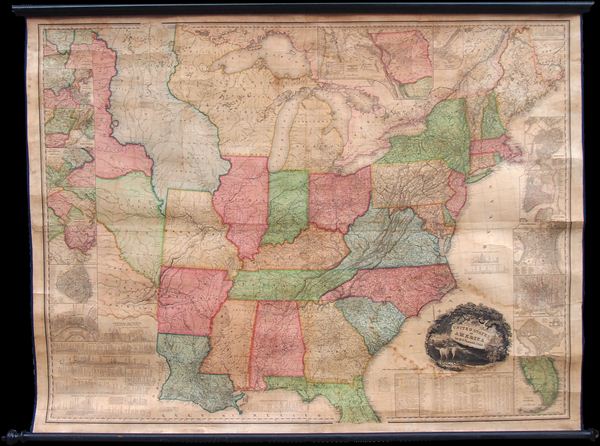 This is one of best early large maps of the United States and the premier map for its period.' - David Rumsey

A rare wall map of the United States by H. S. Tanner.