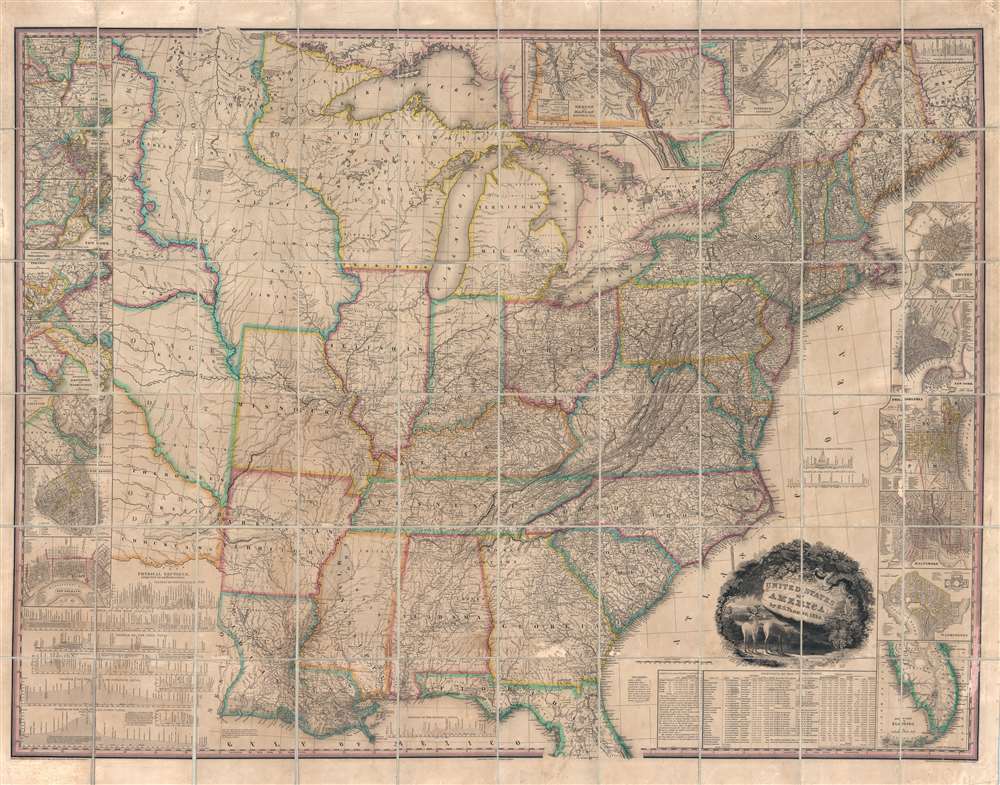 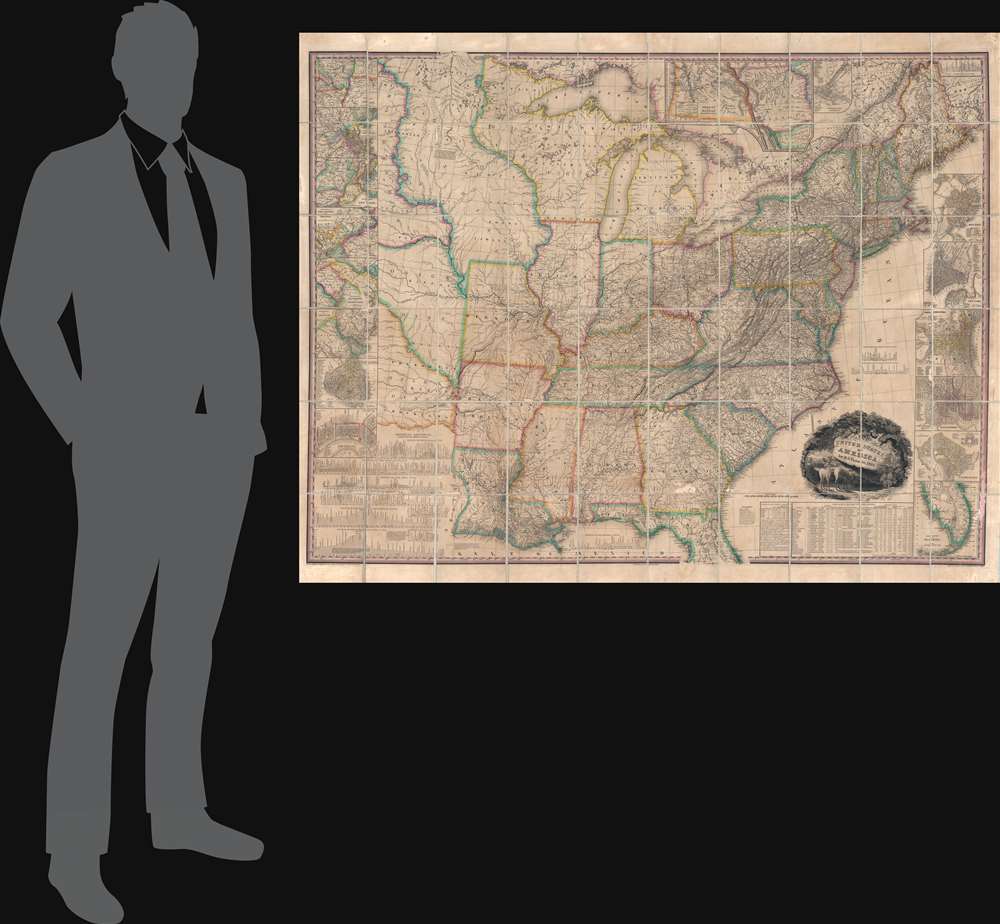 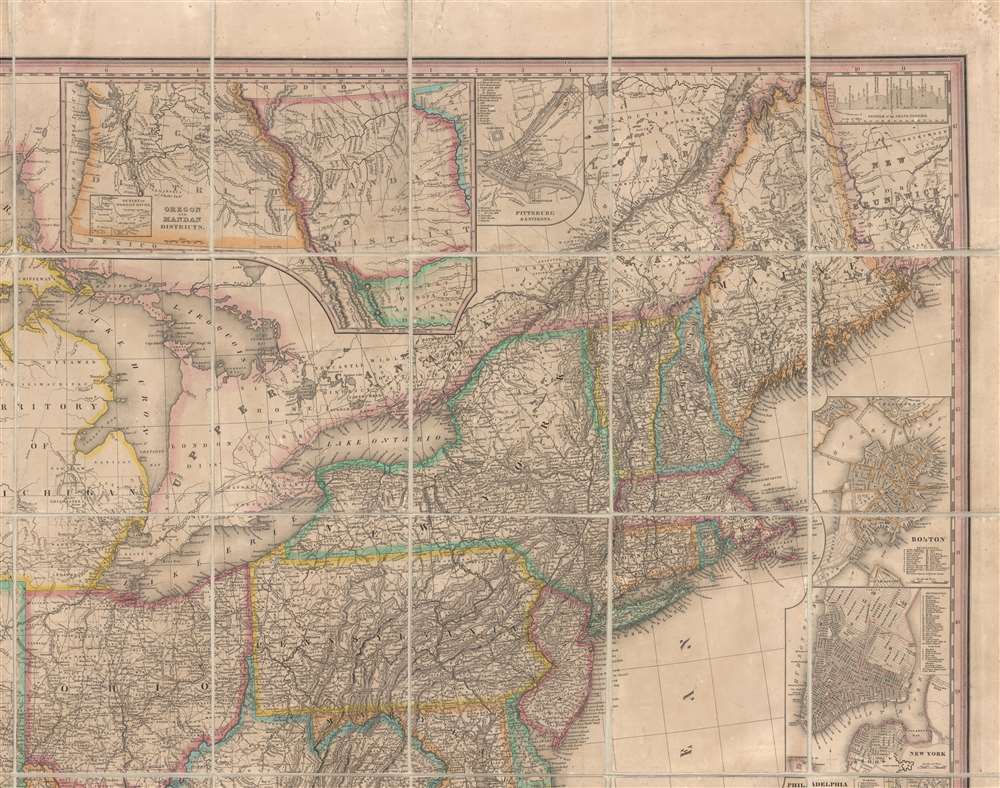 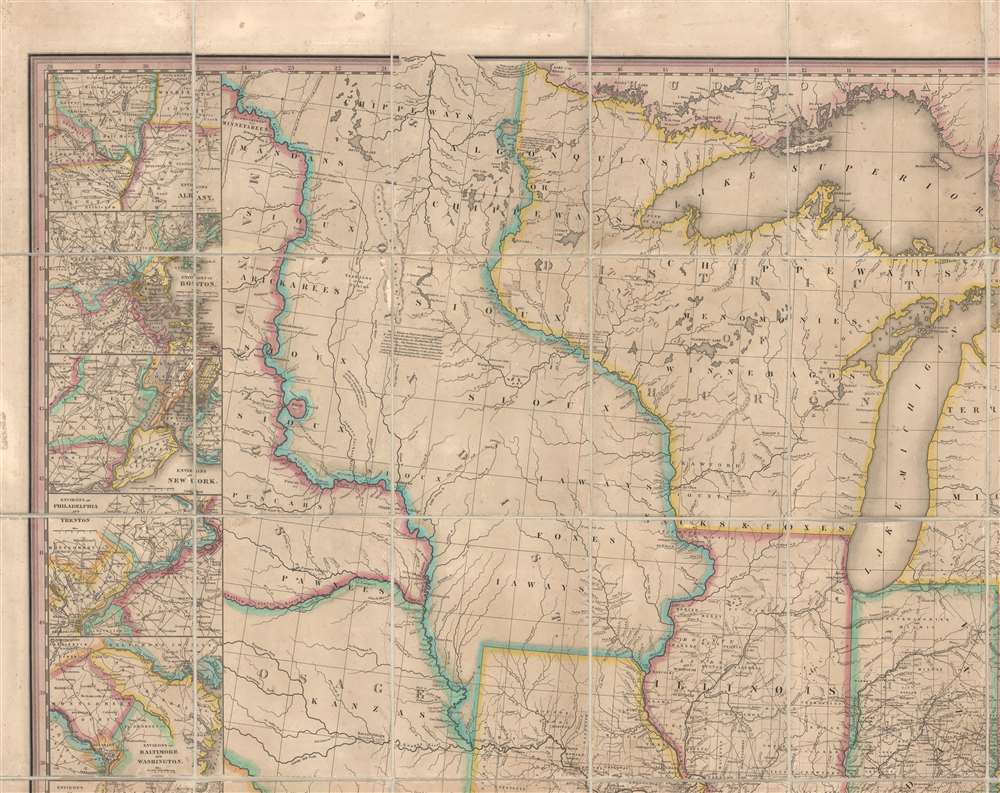 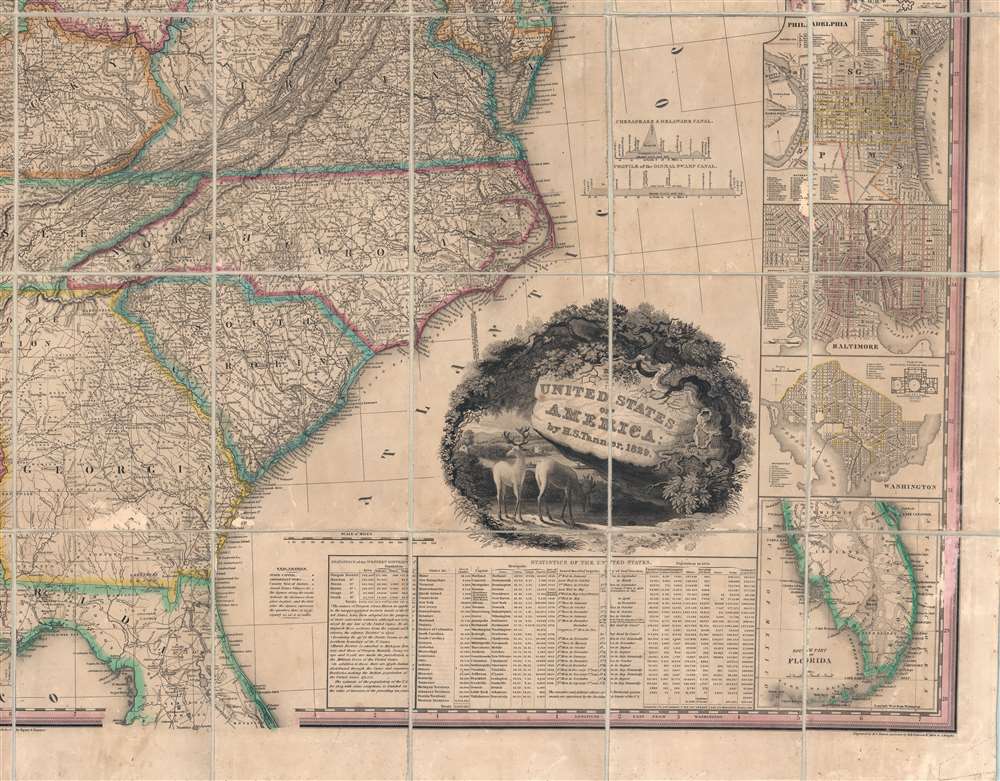 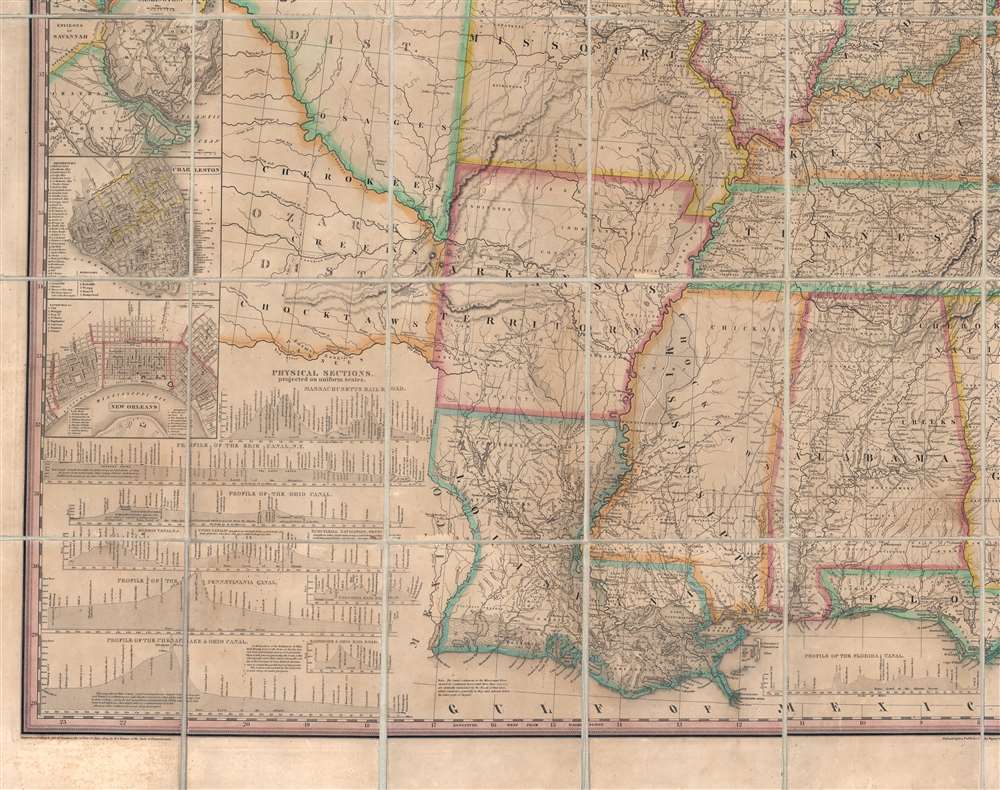 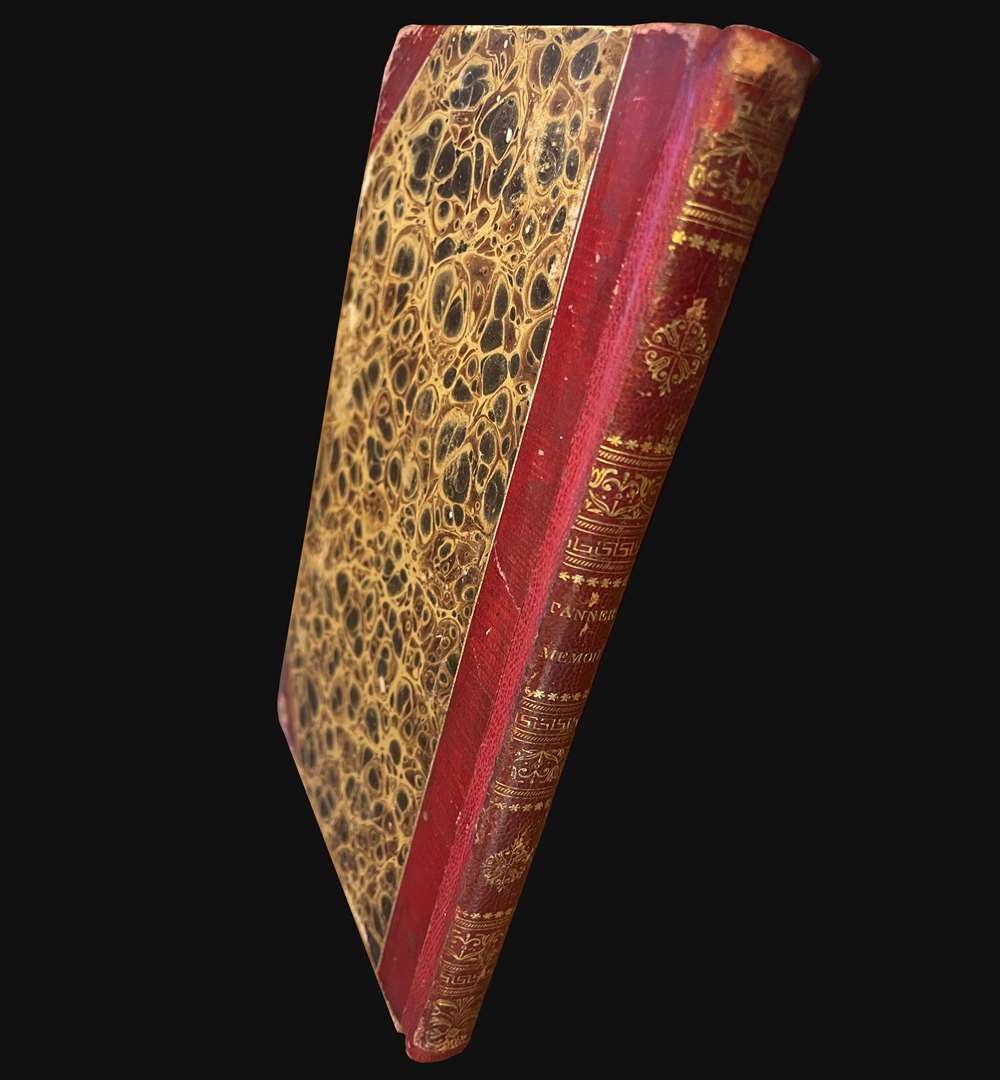 One of the first large-scale maps o the United States made by Americans for Americans.
$8,500.00

This, the first edition of Henry Schenck Tanner's 1829 wall map of the United States, is one of the most important American maps of the 19th century. With this important map Tanner initiated a new age of quintessentially American cartography. Unlike his predecessors, John Melish and Matthew Carey, Tanner was born and raised in the United States, and his maps are uniquely American productions, embracing American values and interests. Note the cartouche, with two deer grazing in a dense forest, while in the background three miniscule trains steam westward - a fitting metaphor for the United States, at the time undergoing brisk industrialization fueled by unlimited natural resources. Within the historical context, this map follows the territorial acquisitions of the 1819 Adams-Onís Treaty (Florida, Oregon?), but predates the major expansions in the southwest following the Mexican-American War (1846 - 1848) and the Treaty of Guadalupe-Hidalgo (1848).

Rumsey refers to the map as 'one of best early large maps of the United States and the premier map for its period.'

The map covers from the Missouri River in the vicinity of Fort Mandan eastward to the Atlantic seaboard and from the Great Lakes to the Mississippi Delta. South Florida is included via an inset appearing on the lower right. The Pacific Northwest, including Oregon, as well as modern day Idaho, Washington, Montana, and Wyoming, are continued in an inset at top center, just above Lake Huron.

Tanner identifies American Indian nations as 'districts,' particularly in the Trans-Mississippi. These include the Huron District, Sioux District, Mandan District, Osage District, and Ozark District, among others. He also includes all major roadways as well as distance measurements between towns - a useful detail which the accompanying memoir notes caused the map to take twice as long to prepare.

This last inset, 'Oregon and Mandan Districts' is particularly significant as the first appearance of the name 'Oregon' on a map. There is a secondary sub-inset within this larger map entitled 'Outlet of the Oregon River.' In this case, the Oregon is the modern day 'Columbia River'.

We offer this map accompanied by the corresponding first edition of Tanner's fascinating Memoir on the Recent Surveys, Observations, and Internal Improvements in the United States in which he expounds upon his research, sources, and the production process.


James White Steel (April 27, 1799 - February 16, 1882) was an American engraver, landscape artist, and portraitist active in Philadelphia throughout most of the 19th century. Steel was born in Philadelphia and mastered line and stipple engraving under Benjamin Tanner (1775 - c. 1846) and George Murray. In addition to his own work, he engraved for B. Tanner's brother, Henry Schenck Tanner (1786 - 1858). Learn More...