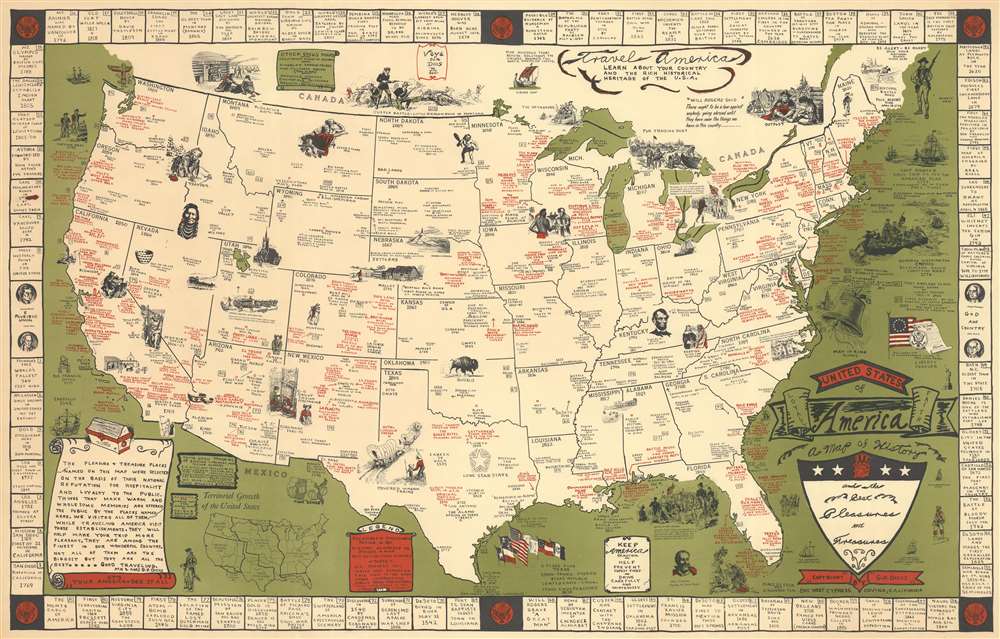 This is a rare c. 1953 Garner Parker Dicus pictorial map of the continental United States. Created to encourage tourism, red text marks resorts, hotels, restaurants, and other modern attractions. Black text marks major cities, provides historical information, and identifies other important locations, such as national parks. Many locations are marked with small red circles, indicating Dicus and his wife's personal recommendation. Per a text in the lower left, Mr. and Mrs. Dicus claim to have visited every location labeled in red. Pictorial vignettes scattered throughout the map add charm to the piece and focus on American history. Stagecoaches, covered wagons, gold miners, explorers, and fur trappers are among these vignettes, alongside a portrait of Abraham Lincoln and George Washington crossing the Delaware River. References to eighty-one historical events create the map's border. Corresponding numbers appear across the map, allowing viewers to place each event.

This map was created and published by Garner Parker Dicus in 1953. We note an example in the David Rumsey Map Collection and an example cataloged in OCLC, part of the collection at the University of Utah.