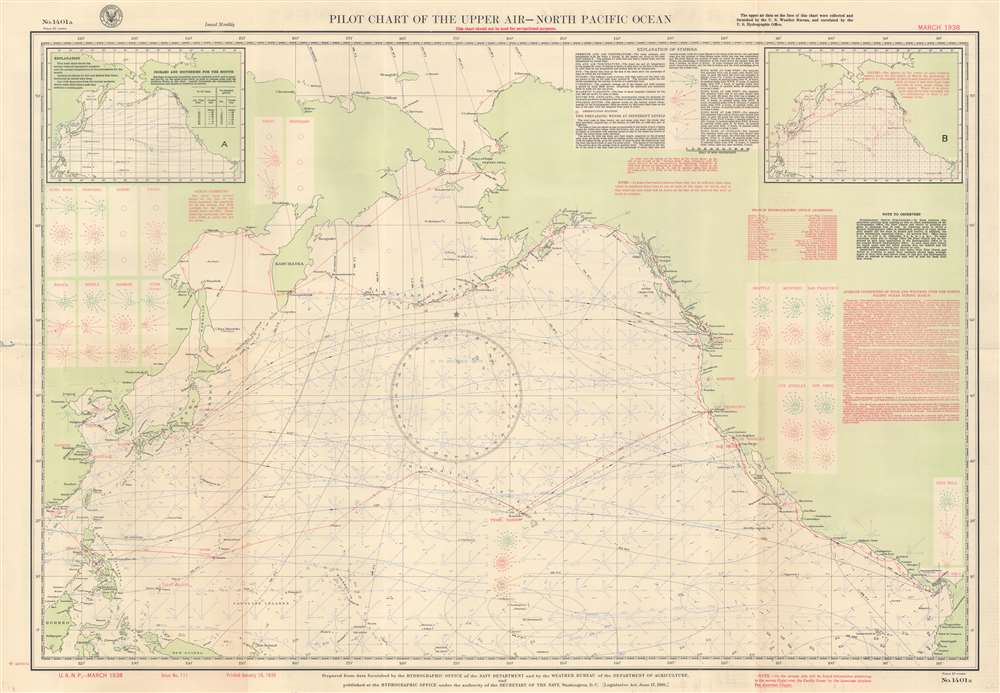 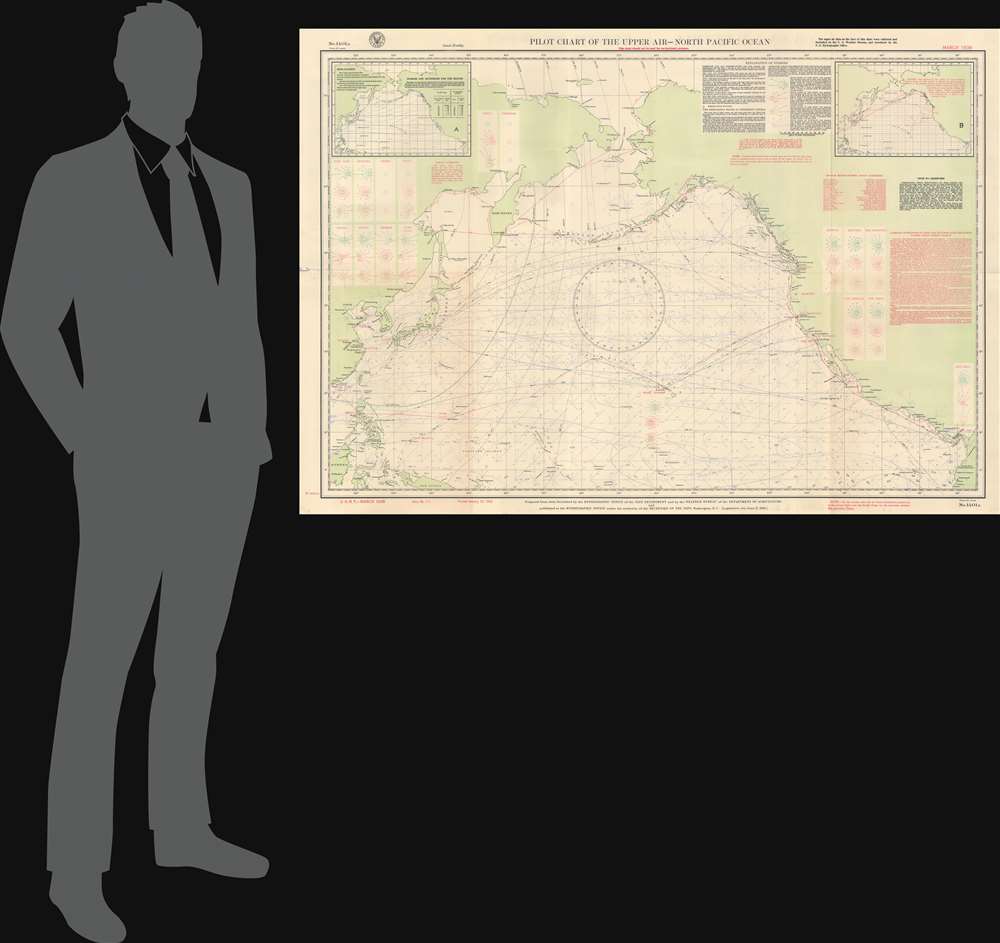 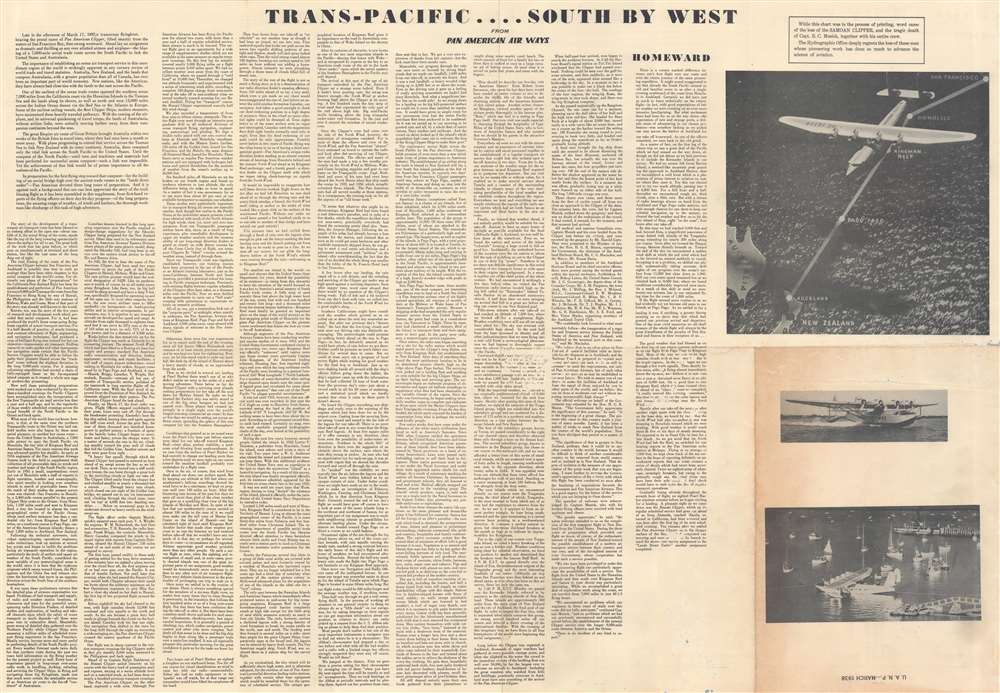 This is a March 1938 U.S. Navy Hydrographic Office aeronautic map of the North Pacific detailing prevailing winds. Wind roses indicate what the wind at the surface averaged over 100 hours. Boxes on the left and right sides provide average wind readings at 2,500 feet, 5,000 feet, and 10,000 feet above major cities of the Pacific Rim, including Shanghai, Hong Kong, Manila, Seattle, Los Angeles, and San Diego. Red lines trace air routes, including the famed China Clipper route from San Francisco to Hong Kong via Honolulu, Midway, Wake, Guam, and Manila. An inset in the upper left presents isobars and isotherms for March 1938 and an inset in the upper right details gales for the month of March. Explanatory information occupies most of the upper right.

A narrative of the March 1937 trailblazing Pan American flight from San Francisco to Auckland, New Zealand occupies the verso. This narrative details the flight, its waypoints, and the establishment of a Transpacific aviation route to Australasia, a landmark achievement in civilian aviation.