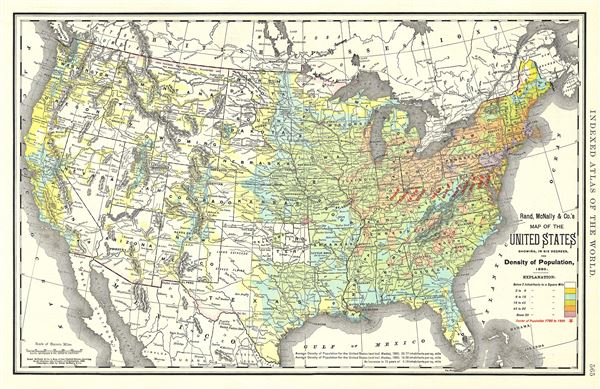 This is a lovely 1892 Rand McNally and Company map of the United States, showing the density of its population in 1890. Divided by color coding into six degrees ranging from below two inhabitants to a square mile – above 90 inhabitants to a square mile, this map also marks the various centers of population from 1790 to 1890 with red stars. Throughout rivers, towns, cities, mountains, railroads, and other topographical features are noted with elevation rendered by hachures. This map was issued as plate no. 565 in the 1893 edition of Rand McNally and Company's Indexed Atlas of the World- possibly the finest atlas Rand McNally ever issued.