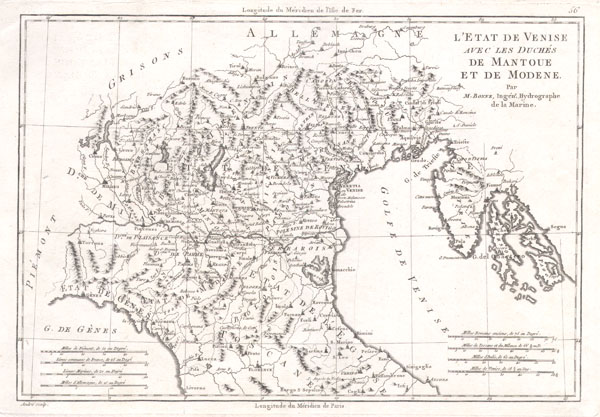 An attractive c. 1780 map of the Italian duchies of Venice, Mantua, and Modena. Covers as far south as Tuscany and Florence (Firenze) an as far north as Switzerland. Issued as plate number 56 for Bonne's Atlas Encyclopaedique.