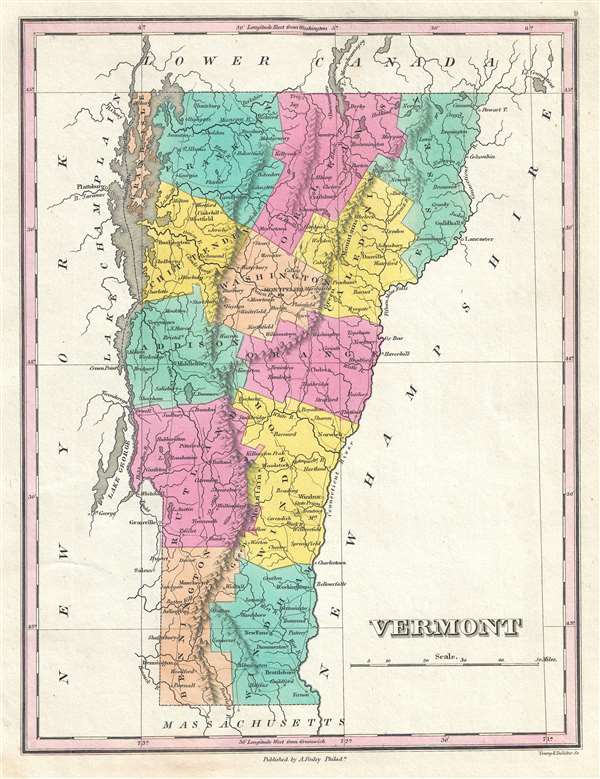 This is an 1828 Anthony Finley map of Vermont. The map depicts the state from Canada to Massachusetts and from New York to New Hampshire in Finley's classic minimalist style. River ways, roads, canals, and some topographical features are illustrated. Counties are differentiated by shading each county a different color. Numerous cities, towns, and villages are labeled, including Montpelier, Middlebury, and Bennington. Killington Peak and Camel's Hump are both identified and are now popular ski resorts. It is very uncommon to find an early 19th century map exclusively depicting Vermont, as most maps of the period bundled it with New Hampshire.