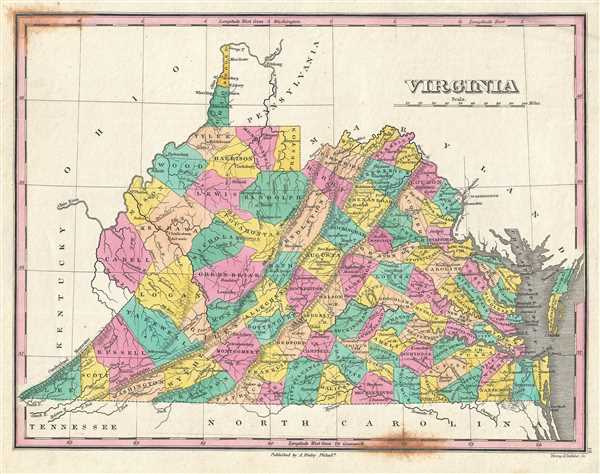 This is an 1828 Anthony Finley map of Virginia. The map depicts the state from Kentucky and Ohio to Maryland and the Chesapeake Bay and from Ohio, Pennsylvania, and Maryland to North Carolina and Tennessee in Finley's classic minimalist style. At this point in American history, Virginia still included modern day West Virginia, which did not come into existence until Unionists in northern Virginia decided to break away from the rest of secessionist Virginia. Rivers, roads, canals, and some topographical features are illustrated. Numerous cities and towns are labeled, including Richmond, Fredericksburg, and Morgantown. Washington, D.C., labeled here as District of Columbia, is also illustrated. Counties are labeled and easily differentiated due to each one being shaded a different color.