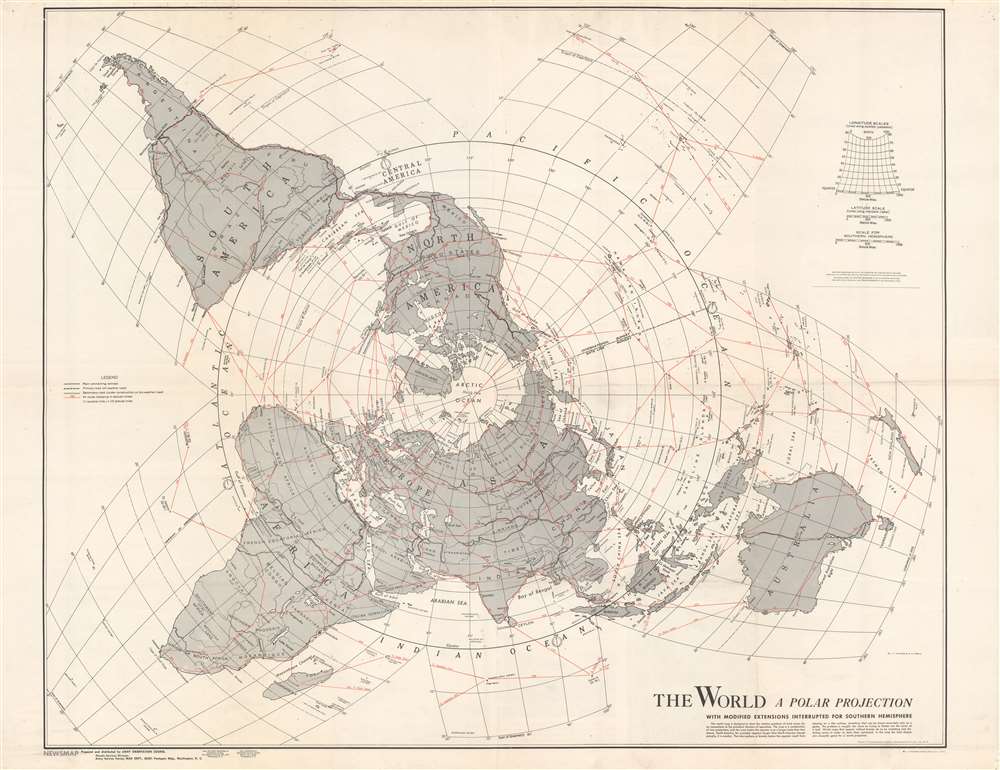 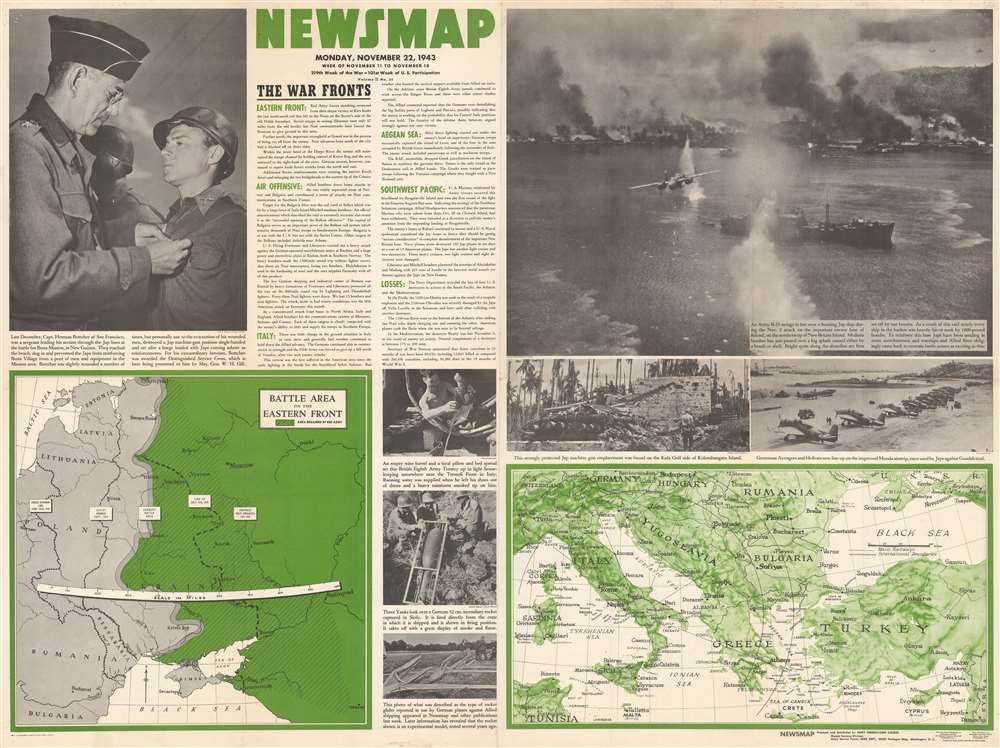 This is a two-sided 1943 Army Orientation Course NEWSMAP with a map of the world on a polar projection created by L. F. Vaucher and A. P. Pirola on one side. A global transportation map, Vaucher, and Pirola employ a hybrid projection to most accurately depict worldwide air routes. Red lines highlight these air routes between major cities (which were of extreme importance during World War II) and provide distances in miles. Dashed black and white lines mark significant highways, including recently constructed Alaska Highway, which was completed in 1942. Other depicted highways include a Pan American Highway, depicted here as connecting New York City with Valparaiso and Santiago, Chile, and Buenos Aires, Argentina. Traditionally, the Pan American Highway is illustrated as connecting Buenos Aires and points farther west in the United States, such as Dallas or Denver. The deviation from convention likely comes from the world war and the U.S. government's desire to make it appear that the world is as interconnected as possible. Major roads and highways are also illustrated in northern and central Africa and Asia. The Trans-Siberian Railway and a railway connecting Darwin and Melbourne in Australia are also shown.

Like all Newsmaps, the verso provides a visual summary of the week's war-related events around the world. Short paragraphs summarize actions on the Eastern Front between the Soviets and the Germans, Allied air offensives in Bulgaria, Germany, France, and Italy, U.S. Marine landings in the Southwest Pacific, and the U.S. Navy's losses on the world's oceans. Photographs accompany the text and portray an even broader swath of events. One photo captures a B-25 Mitchell bomber attacking the Japanese naval base at Rabaul, and another U.S. Navy fighters sitting along an airstrip in the South Pacific. Others show the human side of war: a British soldier bedded down in an empty wine barrel emptying his boot of last night's rain, and a group of Americans inspect a German incendiary rocket. Small maps complete the Newsmap experience and detail the Eastern Front and Southern Europe, with a focus on Italy, where many American bombers are based for attacking targets across occupied Europe.