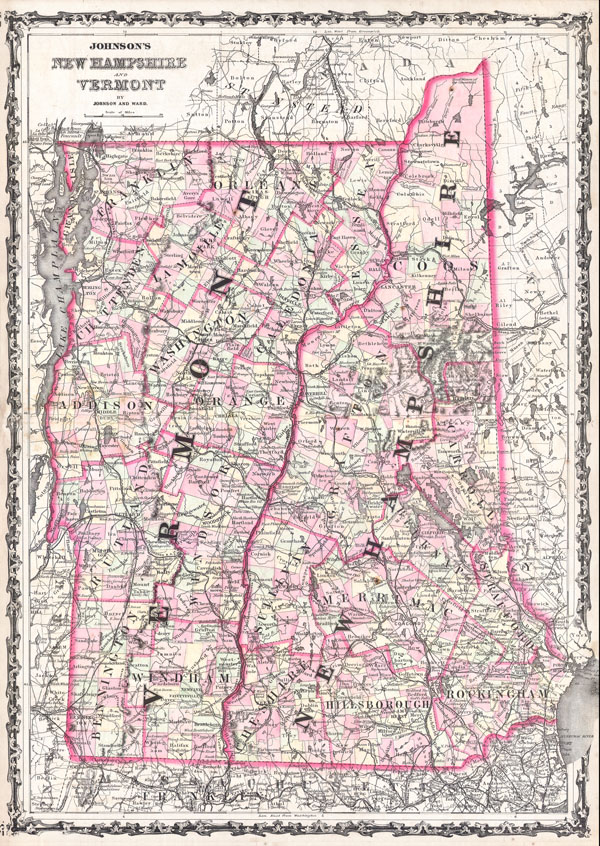 This is a beautifully hand colored 1862 map of Vermont and New Hampshire by A. J. Johnson. Depicts the two states in stupendous detail with even individual buildings drawn in. This early variation of the Johnson map appears only in the 1860 – 1862 editions of the Atlas. The plates for Vermont and New Hampshire were redesigned for the 1863 and all subsequent editions of the Johnson's Atlas.

Very good condition. Original centerfold. Text on verso
Looking for a high-resolution scan of this?