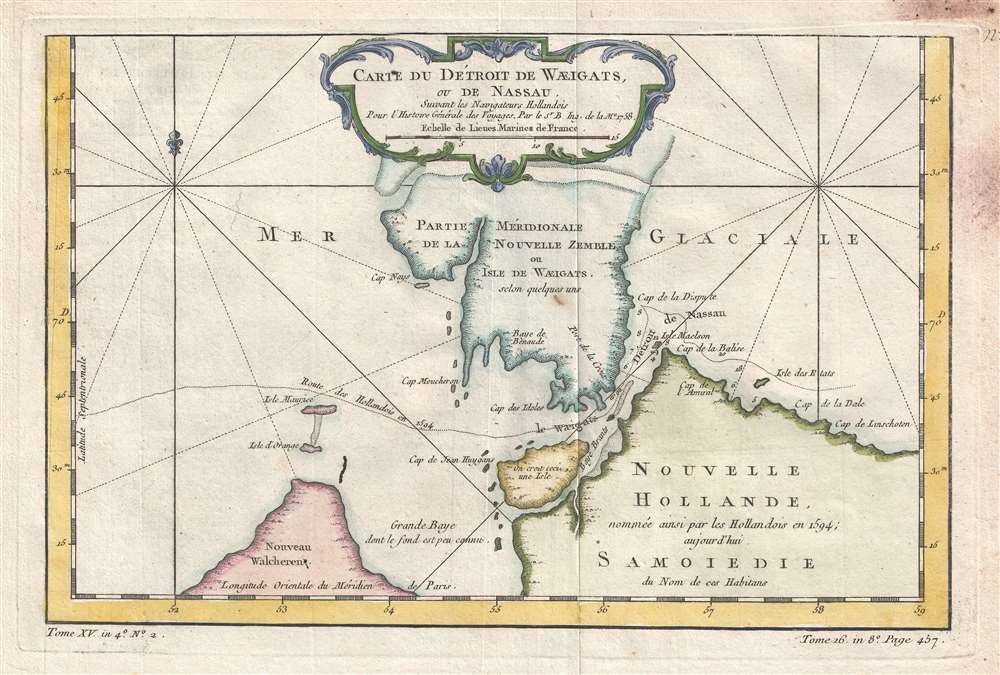 A Bellin map of a strait off the northern coast of Siberia.
$150.00

This is a 1758 Jacques-Nicolas Bellin map of the Kara Strait in the Novaya Zemlya archipelago in the Arctic Ocean. The map depicts the southern portion of Yuzhny Island, the Strait, and an extreme northern part of Siberia. Several places within the region are labeled, including part of Siberia that is referred to as Samoiedie, apparently a reference to the Samoyedic peoples of Siberia.

This map was created by Jacques-Nicolas Bellin and published by 1758 French edition of Abbé Prévost's L'Histoire Generale des Voyages.