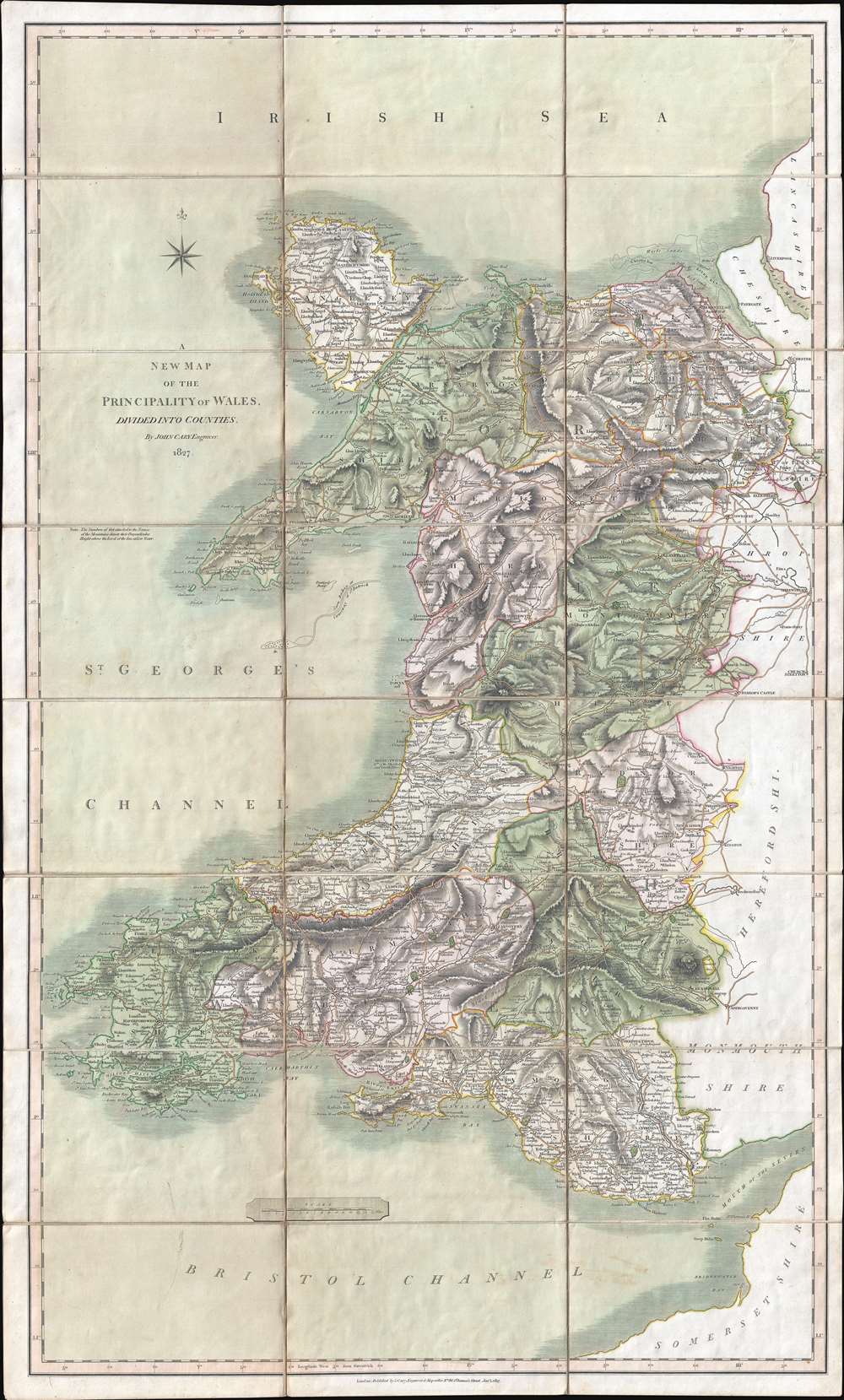 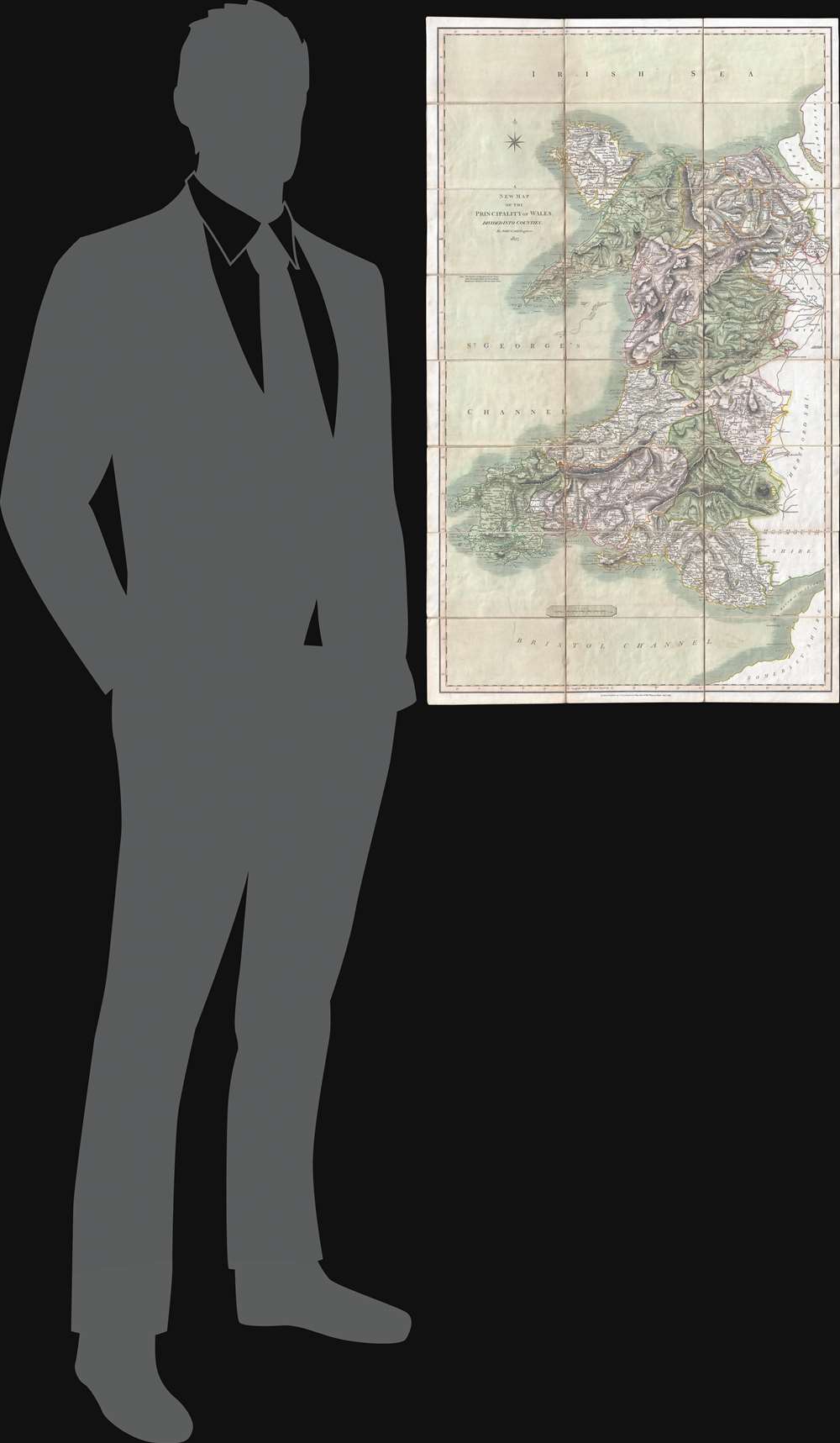 This is an 1827 John Cary map of Wales. The map depicts the country from St. George's Channel to Herefordshire, Shropshire, and Monmouthshire in England and from the Irish Sea to Bristol Channel and Somersetshire. Beautifully engraved, Cary effortlessly blends physical geography with political and man-made geography, noting counties, cities, towns, and villages throughout Wales, including Cardiff, Swansea, and Wrexham. Roads snake their way across the country, easily intertwining England and Wales. Mountains, woods, and lakes are also noted.

This map was engraved and published by John Cary in 1827. It is of note that this map does not appear in John Cary: Engraver, Map, Chart and Print-Seller and Globe-Make 1754 to 1835 by Sir Herbert George Fordham.