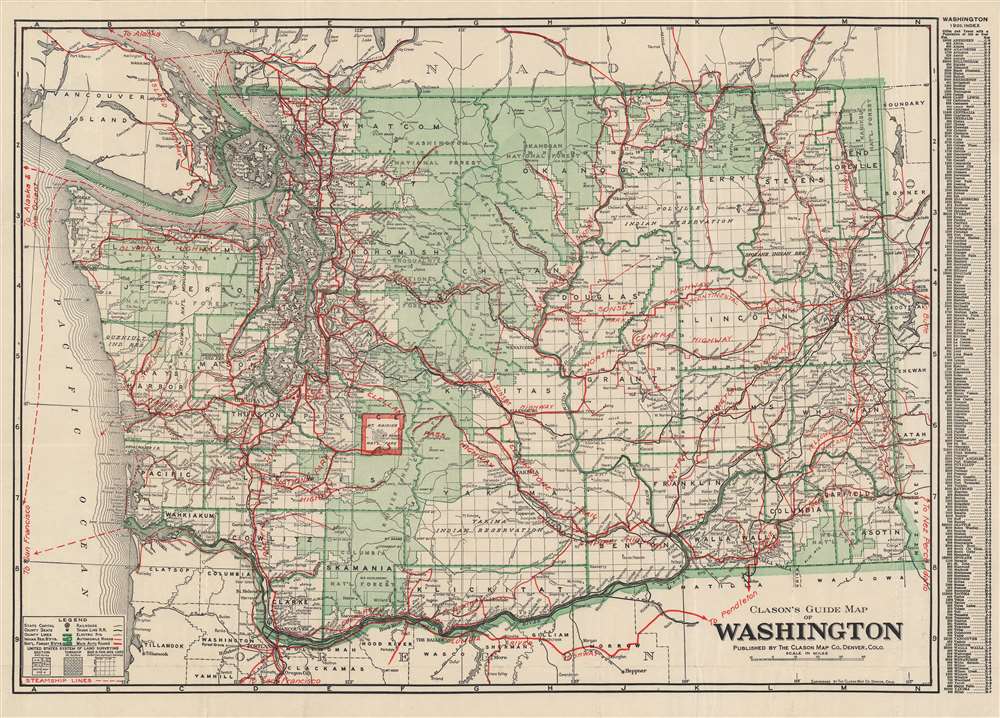 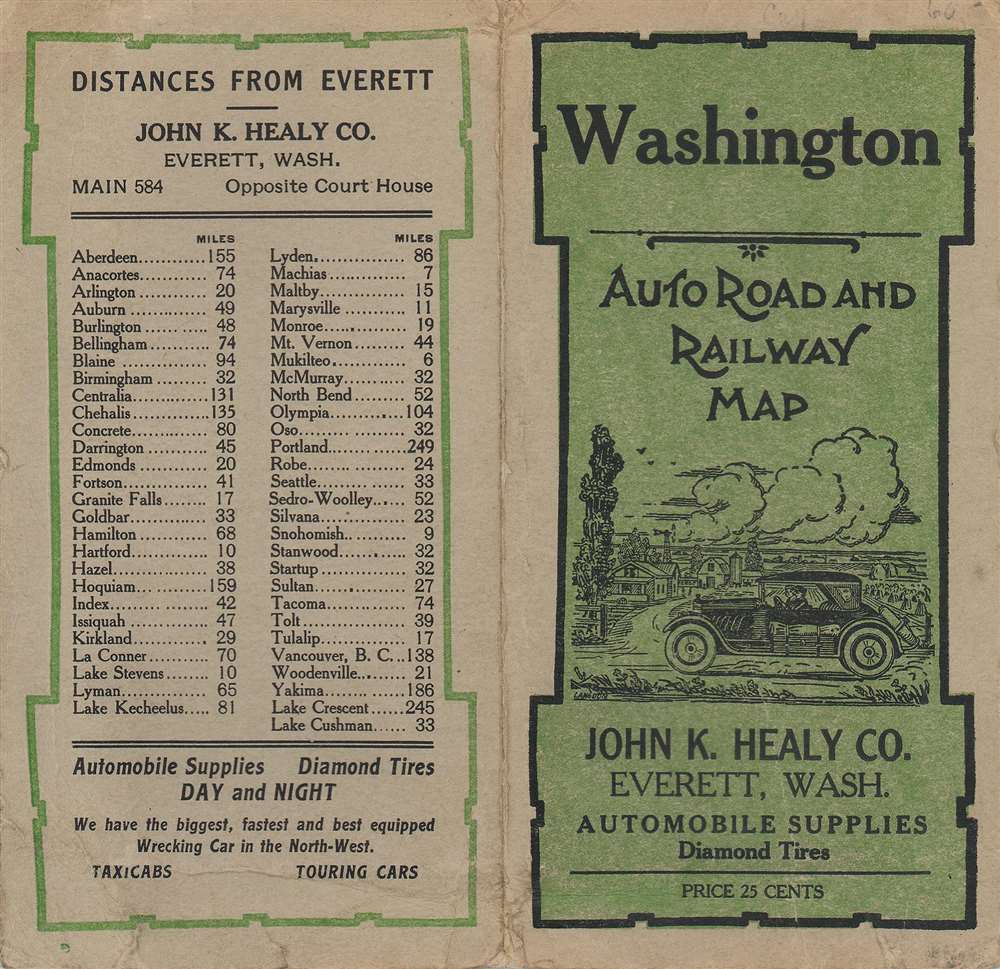 This is a very nice example of Clason's c. 1920 Washington State road and railway map. It highlights the state's infrastructure, while also showing information on national parks, Indian reservations, and administrative divisions.

The map includes a grid coordinate system in the margins corresponding to the index of settlements at right to allow for easy location of towns and cities. Dotted and dashed lines represent government surveying measurements, as shown in the legend. Government land (parks, forests) and Indian reservations constitute roughly half of the state's territory. Prominent near center is Mt. Rainier National Park, while other well-known mountains such as Baker (Kulshan), Adams (Klickitat), and Glacier Peak (Takobia) are easily identifiable. Road, rail, and steamship lines are clearly indicated, including connections to neighboring states and Canada, along with maritime connections to Alaska and East Asia.

This map very closely resembles Clason's 'Green Guide' for Washington but is an atypical example where the slip-sleeve advertises an automobile parts shop in Everett. The index is dated to 1920, a reference to the population figures in the census of that year, so the map may date from several years afterwards but in any event before 1930. The presentation, title, index, and legend resemble Clason maps of other western states dated to the late 1910s. This map may correspond to OCLC catalog listing 58875729, in which case it is held by five institutions in the United States and is very scarce to the market, with no catalog listings or history on the market matching this example with the aforementioned sleeve.

Very good. Slight wear along some fold lines. Some creases on the sleeve.