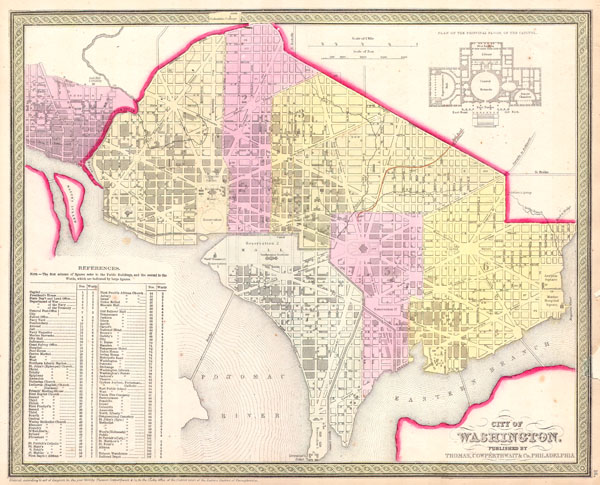 This is beautiful hand colored 1850 map of Washington D.C., Capital of the United States. The map covers all of Washington D.C. as well as parts of adjacent Georgetown. The whole is highly detailed with individual buildings noted and color coding to define city wards. Some seventy-five buildings, including the Capitol, the White House, the Cemetery, the Brewery, various markets, the Masonic Hall, and the Tobacco Warehouse, and many others, are identified. Produced by the American map publisher S. A. Mitchell Sr. from his offices on the northeast corner of Market and 7th Street, Philadelphia, Pennsylvania.