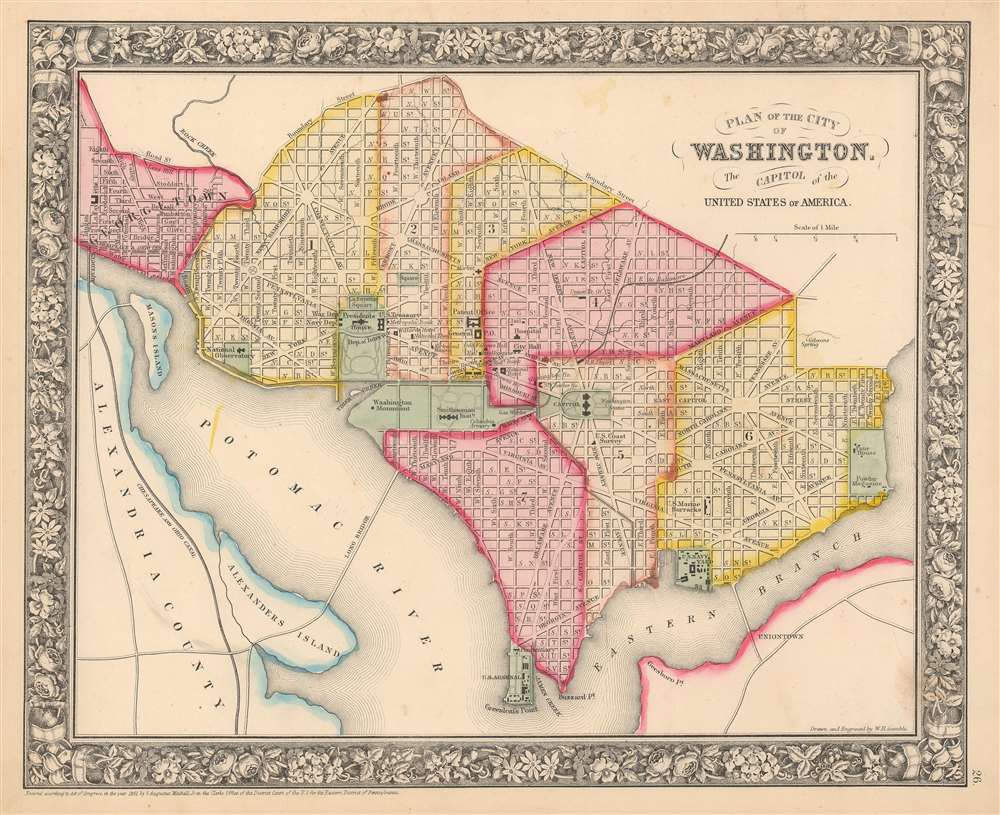 This is an 1861 S.A. Mitchell, Jr. city map or plan of Washington, D.C. The map depicts the city from Georgetown to the Anacostia River (Eastern Branch) and from Boundary Street to Greenleafs Point and the confluence of the Anacostia and Potomac Rivers. Highly detailed, numerous buildings throughout the city are labeled, including the U.S. Capitol Building, the Smithsonian Institution, the Washington Monument, and the President's House. The Navy Department, War Department, and U.S. Treasury are also identified, as are the Patent Office, the General Post Office, the U.S. Navy Yard, and the U.S. Arsenal. Nearly every street in the city is labeled, and Washington, D.C.'s iconic street layout is easily recognizable. The Chesapeake and Ohio Canal, which eased river travel along the Potomac, and is across the river from Washington, D.C. in Alexandria, Virginia, is illustrated and labeled.

This map was prepared by S. A. Mitchell Jr. for inclusion in the 1861 edition of Mitchell's New General Atlas. Like many American map publishers of this period, though, he did update his maps, Mitchell did not update his copyrights, consequently this map is dated and copyrighted to 1861: 'Entered according to Act of Congress in the Year 1861 by S. Augustus Mitchell Jr. in the Clerk's Office of the District Court of the U.S. for the Eastern District of Pennsylvania.'