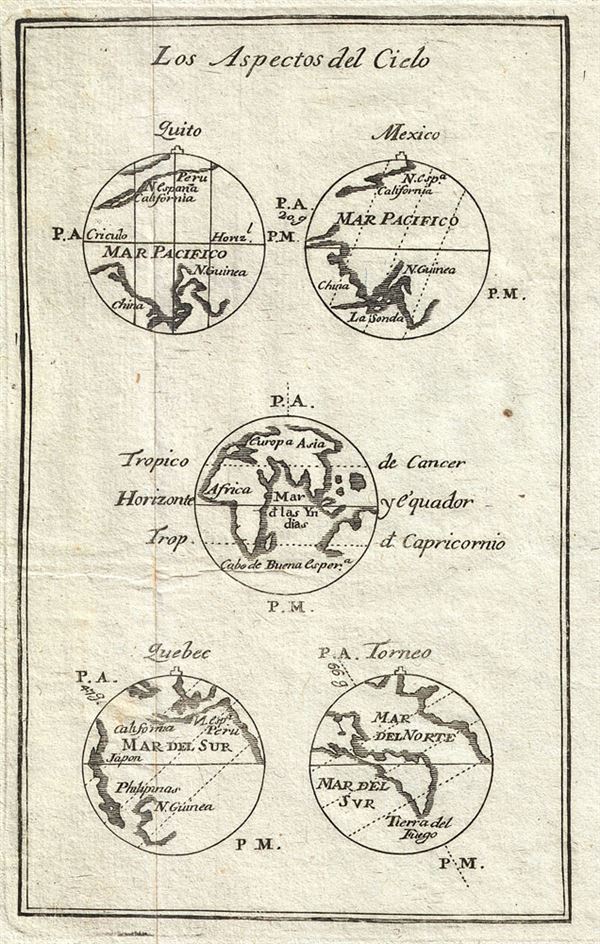 This is a charming 1754 chart or weather map by Gabriel Ramirez. The chart depicts the wind pattern across the world with five circular illustrations, each focusing on a different region.

The first illustration features the antemeridian or the 180th meridian running horizontally across the globe, with the equator and the tropics running vertical. The map covers the regions of Peru, and California in the Western Hemisphere and China and New Guinea in the eastern hemisphere with Quito, which lies directly on the Equator, featuring on the top of the globe.

The second illustration also features the antemeridian running horizontally. However, the equator and the tropics appear to be tilted, so that Mexico appears on top of the globe.