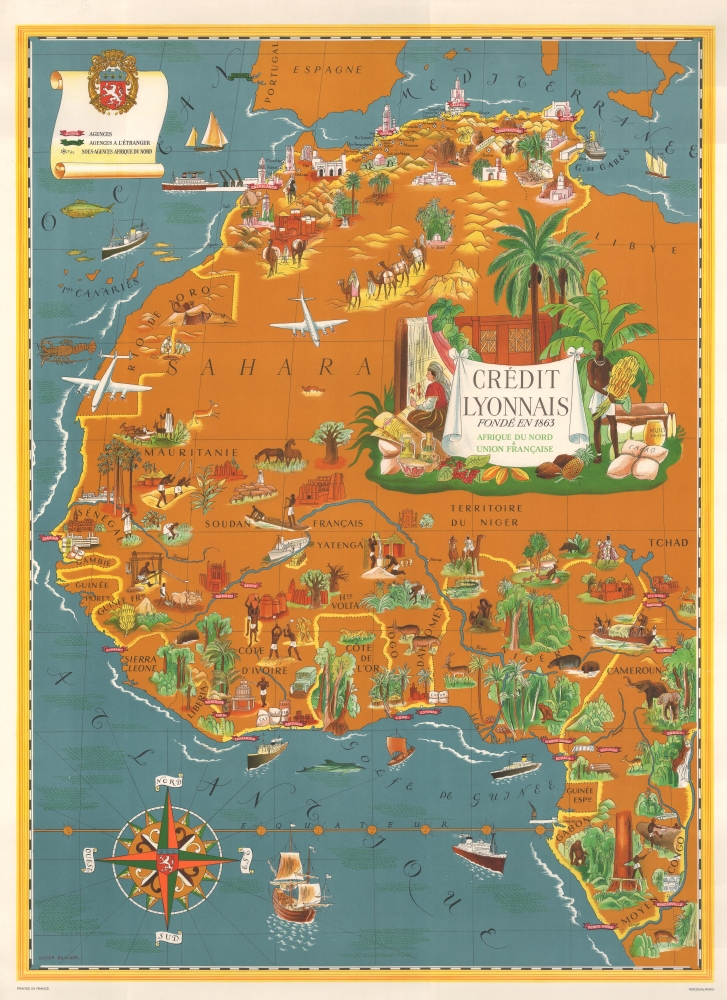 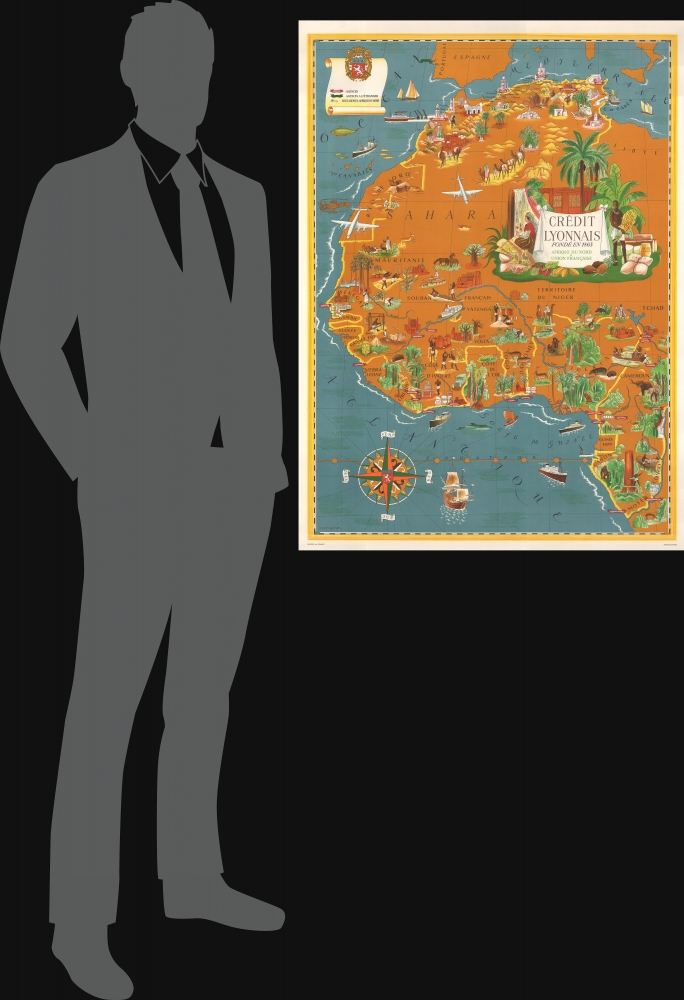 This is a c. 1956 Lucien Boucher art deco pictorial map of the Maghreb and West Africa highlighting Crédit Lyonnais banks. Red banners mark cities in North Africa and West Africa where Crédit Lyonnais operated banks, including Casablanca, Oran, Algiers, Tunis, Dakar, Abidjan, Douala, Yaoundé, and Brazzaville. Intriguingly, countries part of the French Union and French possessions, including Algeria, Morocco, Tunisia, the Ivory Coast, and Dahomey are not illustrated, whereas the Gold Coast, Nigeria, Sierra Leone, Liberia, and the Rio de Oro are delineated. Pictorial vignettes illustrate stereotypical views of North and West Africa, including camel caravans, oases with dates, and African animals. A decorative title cartouche features a North African woman weaving a blanket and a West African man holding a bunch of bananas standing next to a sack of cacao.

Historically, this map is dated c. 1960 in institutional collections and on the private market. However, as is pointed out in the catalog entry at the Bibliothèque nationale de France, the French Union lasted from 1946 until 1958, when it was replaced with the French Community by Charles de Gaulle's Fifth Republic. We have opted for a c. 1956 date because of the inclusion of the French Union (Union Française) in the map's title.

This map was created by Lucien Boucher for Crédit Lyonnais c. 1956. It was printed in Paris by Parceval. We note cataloged examples as being part of the collection at the Bibliothèque nationale de France and the David Rumsey. It occasionally appears on the private market.