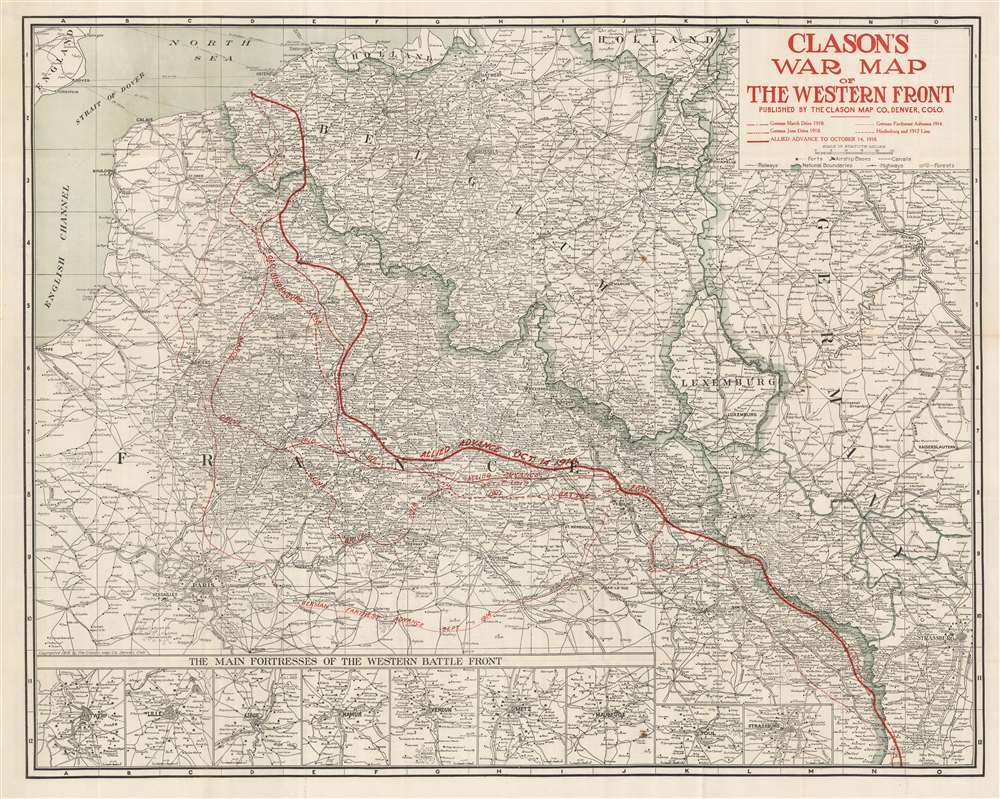 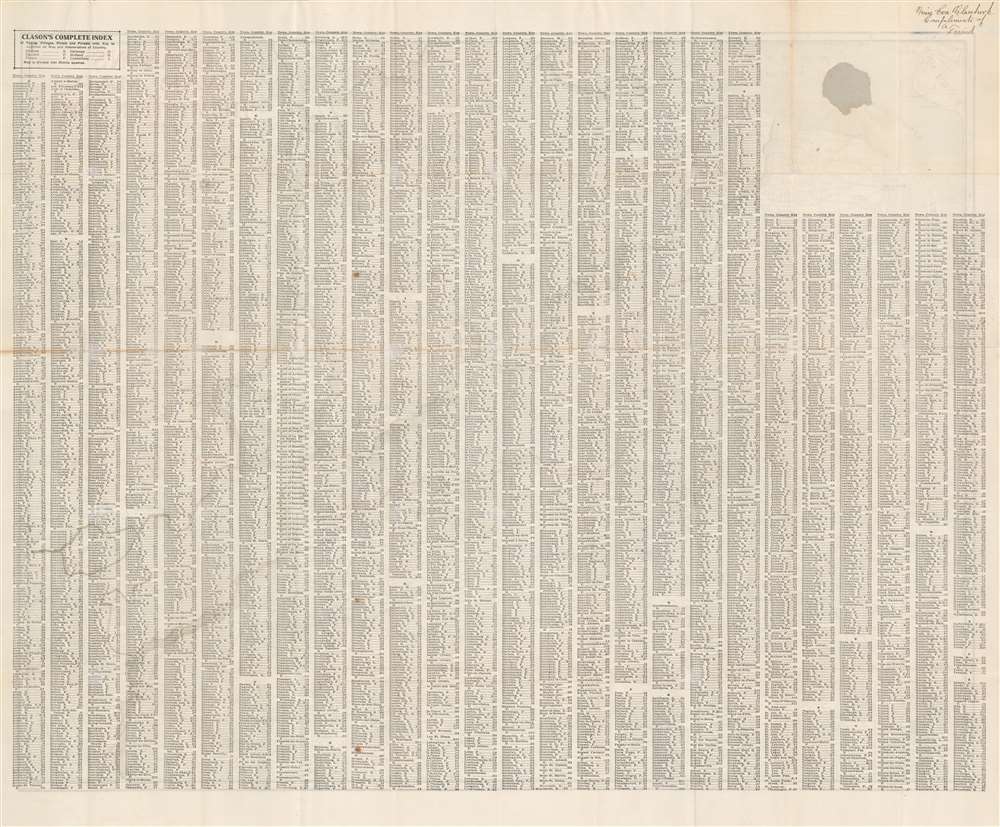 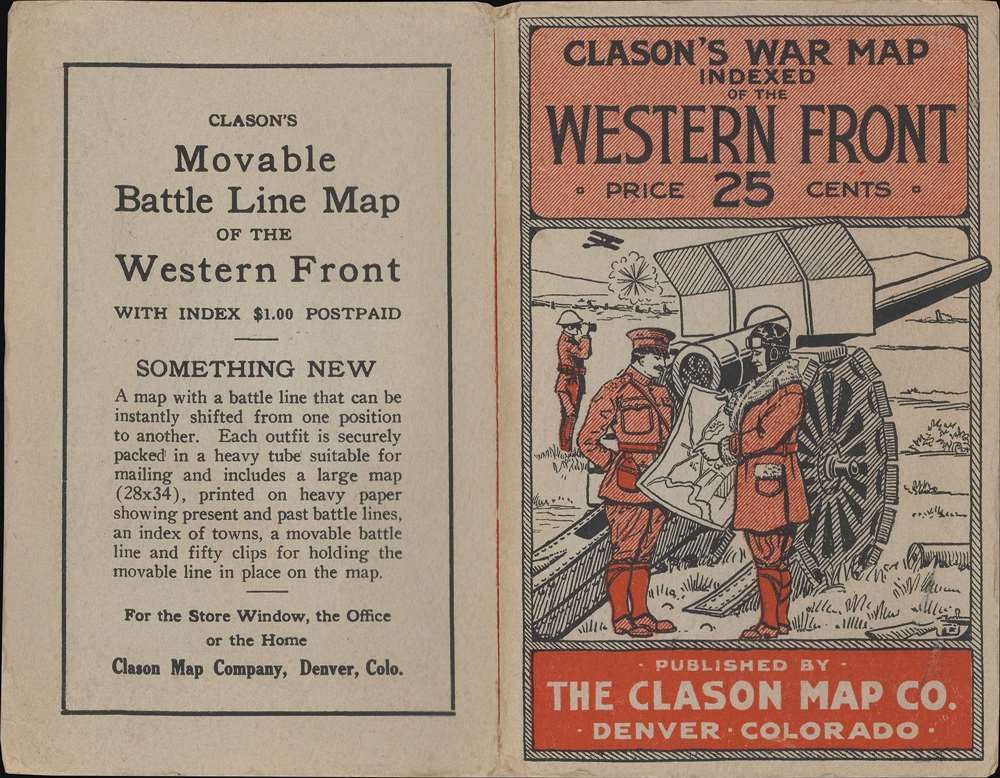 Allied losses after the German Spring Offensive and Allied gains during the Hundred Days Offensive.

This is a 1918 Clason Map Company map of northern France illustrating the movements of the front line in World War I through mid October 1918. Unlike World War II, World War I was fought along mostly static lines of trenches in northern France and Belgium from 1914 through 1918. The map depicts the region from the English Channel and Dieppe to Strasburg (Strassburg) in Alsace, then part of Germany, and from Holland and the North Sea to Colmar. Red overprinting is used to illustrate the battle line at five different times during the four-year slaughter. The furthest line depicts the farthest advance of the German army, when they reached within thirty kilometers of the center of Paris before their advance was stopped by the French at the First Battle of the Marne. This is the battle that includes the fabled taxis of Paris ferrying soldiers to the battlefield. Dashed lines also trace the German offensives of March and June 1918, collectively known as the Spring Offensive. The thin solid line marks the battle line of October 7, 1918 which was part of the Hundred Days Offensive, a campaign that began in August 1918 with the Battle of Amiens. Following the Allied success in the Battle of Amiens, the Germans fell back to the Hindenburg Line, a well-fortified defensive line that was established in 1917 and is illustrated and labeled here. The Hundred Days Offensive, in fact a series of battles that pushed back the Central Powers, eventually led to the end of the war. The final, bold battle line marks the progress made by the Hundred Days Offensive through October 14, 1918.

This map was created by the Clason Map Company and published in 1918. We are aware of at least four different editions of this map, this being an example of the third edition. Likely published as a means for American civilians to keep track of where the American Expeditionary Force was fighting, previous editions include the battle lines up to their date of publication. All four editions of the map are scarce on the private market with only ten examples of varying editions catalogued in institutional collections.