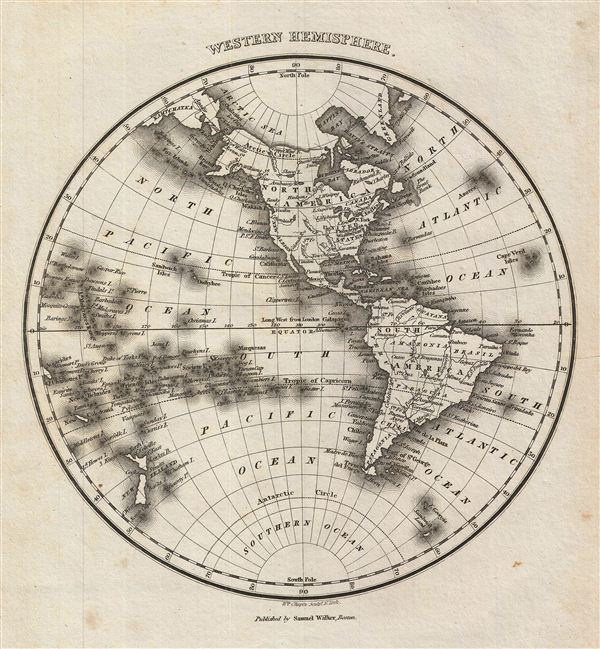 This is an attractive example of the 1828 Malte-Brun map of the Western Hemisphere. It covers North America, South America and most of Polynesia, including New Zealand. The Pacific Coast of the United States is here identified as 'New Albion,' a name given to the region by Sir Francis Drake, after he explored it and claimed it for england in 1579. Various, important rivers, islands, cities and other topographical details are noted. This map was published by Samuel Walker in 1828 as part of the American edition of Conrad Malte-Brun's System of Geography, Vol. I.